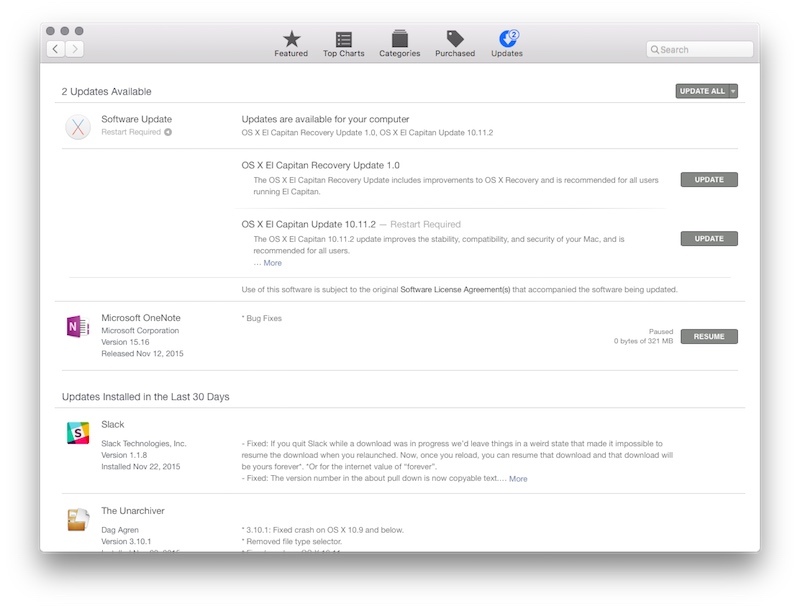 Apple has released an update for OS X El Capitan-powered computers. Dubbed OS X El Capitan v10.11.2, the update is aimed at patching a number of security holes and improving network related issues. It is available to download via the Mac App Store. On the sidelines, the company has also made components behind El Capitan available as open source.

The company wrote in a support page that the with the new update it is addressing the Wi-Fi reliability issue, as well as a quirk that causes some Bluetooth devices to disconnect. OS X El Capitan v10.11.2 also improves reliability of Handoff and AirDrop, and fixes an issue that prevented Mail app from deleting messages in an offline Exchange account.

Improves the reliability of Handoff and AirDrop

Fixes an issue that may cause Bluetooth devices to disconnect

Also included in the update is a range of fixes for vulnerabilities, the company mentioned in a support page. Apple has squashed multiple vulnerabilities in PHP versions prior to 5.5.29 that could have been exploited by an attacker to perform remote code execution.

It also patches a malicious application that could access Contacts even when it was not allowed to. The update has also squashes vulnerabilities in Bluetooth, File Bookmark, Disk Images, CoreMedia Playback, iBooks, Intel Graphics Driver and other components.