Intel’s rumoured 10th-Gen Comet Lake-H CPUs will come in five variants, all of which will have a maximum power draw of 45W. 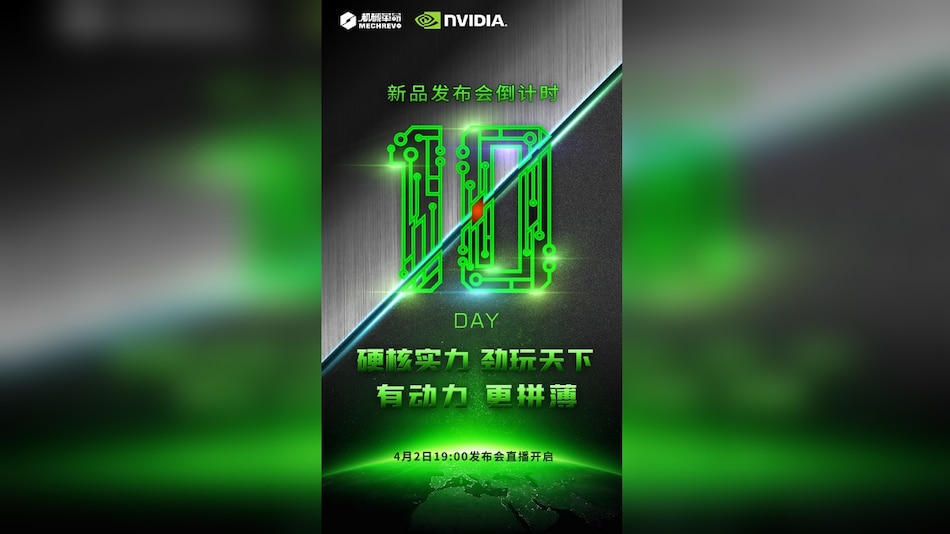 Nvidia will reportedly launch its Super Turing series graphics cards for notebooks with the Mechrevo Z3 series of gaming laptops on April 2. According to notebook maker Mechrevo's Weibo page, there will be an online conference on April 2 where it is expected to unveil the new laptops featuring the new graphics cards by Nvidia. The conference will be held at 7pm CST Asia as stated in the Weibo post. Interestingly, Intel will also be launching its rumoured 10th-gen Comet Lake-H CPUs on the same date, according to previous reports.

Mechrevo shared an image on Weibo with the Nvidia logo and a huge ‘10' indicating the countdown to the launch of a new product, expected to be its Z3 series of gaming laptops according to ITHome. The poster also shows the April 2 date and the 7pm CST Asia time for the online conference. The collaboration with Nvidia suggests these new gaming laptops will be have the Super Turing series mobile GPUs. According to a report by PCGamer, there will be a mobile version of the GeForce RTX 2080 Super and the GeForce RTX 2070 Super but the GeForce RTX 2060 Super mobile might come later.

Coming to the Intel side of things, WCCFTech previously reported that Intel will also launch its Comet Lake-H processors on April 2. Now, the publication has shared that both Nvidia and Intel will launch their new products on the same date and these products are expected to be available by April 15th.

Bringing the two together, a report by Videocardz claims that the Mechrevo online conference will be the unveiling of its Z3 gaming laptops that will be powered by the Intel 10th Gen Comet Lake-H processors and Nvidia's RTX 20 Super notebook chips. It added that Comet Lake-H lineup will have five variants all of which have power consumption within 45W.