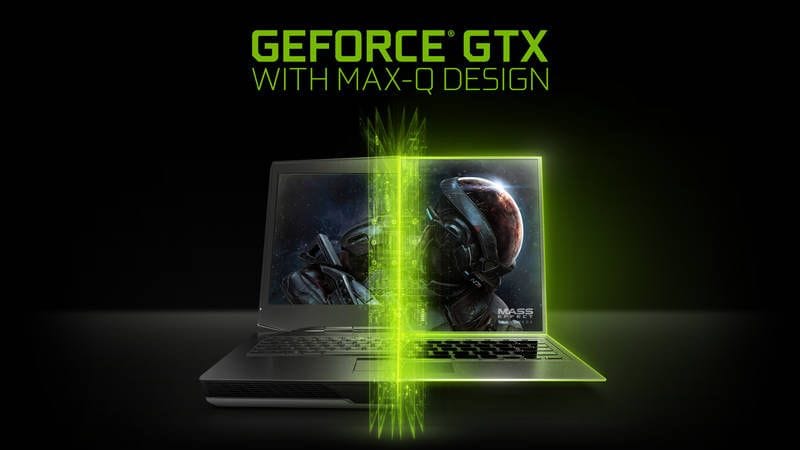 The company at its Computex announcement said that the new laptops following Max-Q design will be three times thinner with up to three times the performance of previous generation products. Nvidia also adds that thickness reduction won't mean the new machines will be slouches, and will be able to offer up to 70 percent better gaming performance than what's already available. Nvidia also claims that the new design approach means the upcoming gaming laptops will sport 18mm thickness about as thin as a MacBook Air.

Apart from Max-Q design, Nvidia is also introducing its new WhisperMode technology which is targeted to run at a maximum of 40dbA.

"WhisperMode works by applying power-efficient graphics settings and intelligently paced frame rates to strike an excellent balance between acoustics, graphical detail, and performance. The result is a reduction of sound pressure levels of up to 50%, making for a more pleasant gaming experience for you, and anyone else in earshot," explains Nvidia in a blog post.