Nvidia promises more performance, but will anyone in India be able to buy these graphics cards? 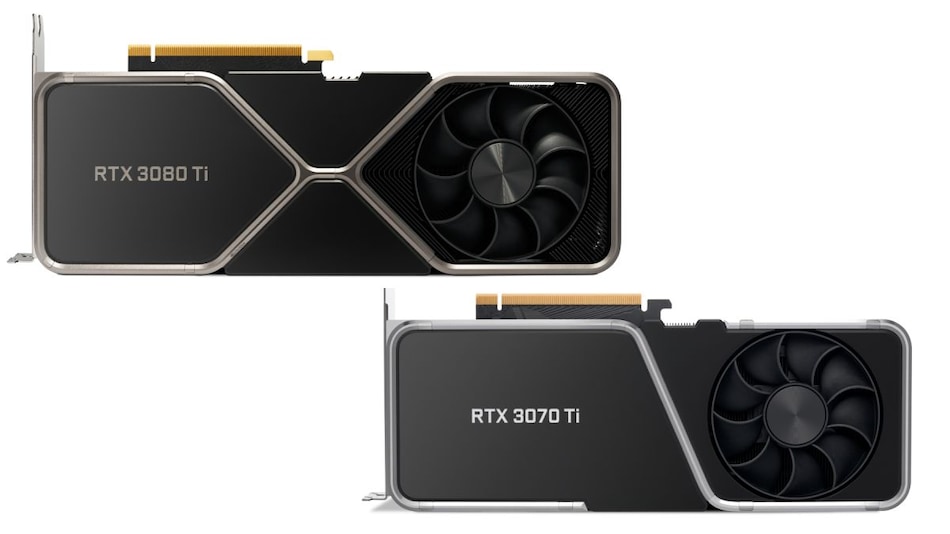 Nvidia's own Founders Edition version of the GeForce RTX 3080 Ti is officially priced at Rs. 1,22,000 in India ($1,199 in the US, or approximately Rs. 86,765 before taxes) while the GeForce RTX 3070 Ti Founders Edition will cost Rs. 61,000 on paper ($599 in the US or approximately Rs. 43,345 before taxes). They will go on sale around the world starting on June 3 and June 10 respectively. However, Nvidia is describing its Founders Edition cards as “limited edition”, meaning that they will be in short supply. Third-party OEM partners including Asus, Zotac, Gigabyte, MSI, Palit, Gainward, Inno3D and Galax will announce their own models and prices.

Given the current global shortage of GPUs and resulting price spikes, it is likely that street prices will be much higher. However, Nvidia's official announcement made no mention of hash rate limiting, a measure rumoured to be introduced to discourage cryptocurrency mining using GPUs, which has caused the worldwide supply crunch.

Nvidia also announced that the number of games and applications that support ray tracing and/or DLSS has now grown to 130, with new entrants including Doom Eternal, Red Dead Redemption 2, Rainbow 6 Siege, and Icarus. Fortnite, which already supports RTX technologies, will be getting a new Titanium City map which features a GeForce RTX 3080 Ti graphics card as its backdrop, to mark the product launch. Nvdia has also worked with Orbx to release a free mod for Microsoft Flight Simulator that enhances Tapei's downtown Xinyi district, to celebrate the spirit of Computex 2021.

Nintendo Switch Pro Rumoured to Be in the Works With a Larger OLED Display, 4K TV Output
Nokia to Receive Patent Fees From Daimler, Ending Legal Fight Over Royalties for Key Technologies