More powerful gaming laptops are on the way 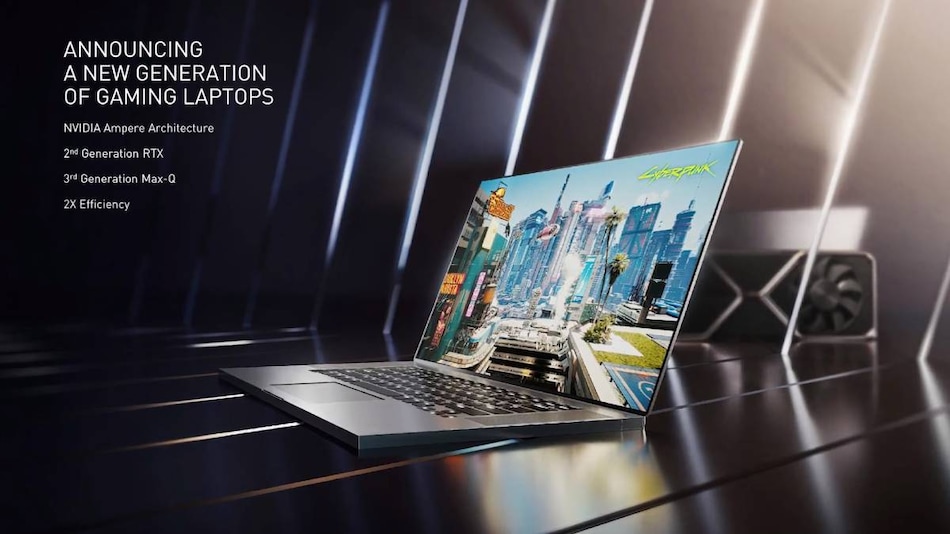 In line with multiple leaks and predictions, Nvidia has launched a new line of GeForce RTX 30-series GPUs for gaming and creator laptops at CES 2021. Over 70 laptop models from leading manufacturers featuring these new GPUs will be available starting January 26, priced starting at $999 (approximately Rs. 73,240). Over half of these will feature 240Hz screens or better, and will be aimed at esports players. The company is promoting the performance of the GeForce RTX 30-series in ray tracing, and also promising up to 2x energy efficiency, and 2x faster video rendering.

The GeForce RTX 3060 is claimed to be able to deliver 90fps in recent games at 1080p using the highest quality settings. This mobile GPU is said to be faster than the previous flagship GeForce RTX 2080 Super. Next up, the GeForce RTX 3070 is aimed at laptops with 1440p screens and is also said to be able to push 90fps at Ultra settings at this resolution, or 240fps in laptops designed for esports. At the top of the list is the new GeForce RTX 3080 which is described as able to achieve 100+fps, and will be targeted at top-of-the-line gaming laptops.

Nvidia's Max-Q features, aimed at optimising performance and heat in slim laptops, have also received updates. Laptops using third-gen Max-Q will benefit from AI that can help balance power consumption between a laptop's CPU, GPU, and GPU memory. WhisperMode 2.0 is a new acoustic tuning algorithm that will be customised for each laptop design.

Just like their desktop counterparts, the mobile GeForce RTX 30-series GPUs are based on the Ampere architecture, which uses new dedicated RT and Tensor cores for ray tracing and AI acceleration. DLSS, which renders graphics at a lower-than-native resolution and then uses AI to upscale them, is also supported and can boost performance when ray tracing effects are a heavy load on resources.

From PBX to Bixby, How Samsung Research Evolved in India Over 25 Years
Tesla Incorporation Papers in Karnataka on January 8 Surface Online