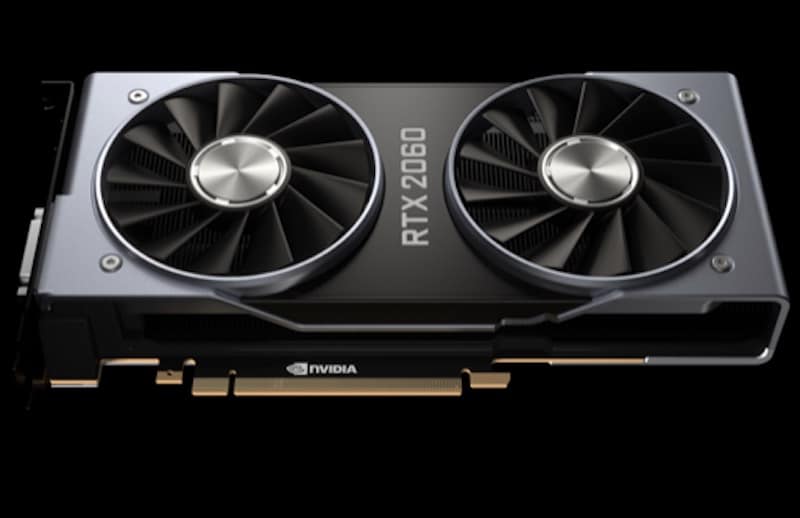 That said, the Rs. 31,000 price tag is heartening to say the least when you consider how poorly pricing was managed for India for most part of last year. It appears that Nvidia is serious about making PC gaming a competitive option rather than rest on its laurels of being a virtual monopoly. Interestingly, the Nvidia India site also makes a mention of RTX laptops as well, possibly hinting at laptops being listed for sale soon enough. There's no presence of the offer of Anthem or Battlefield V being thrown in with the Nvidia GeForce RTX 2060 just yet, though given Nvidia India's track record, it should show up eventually.

The GeForce RTX 2060 doesn't have an India release date yet though the India price is surprisingly competitive.

In terms of specifications, there's only one version of the GeForce RTX 2060 Founders Edition. It has 6GB DDR6 on a 192-bit bus. This is contrary to rumours that there could be multiple variants with different amounts and types of RAM. Though we won't be surprised to see other options too. Much like the RTX 2080 and 2070, the Nvidia GeForce RTX 2060 runs on the same Turing architecture albeit with 1,920 CUDA cores, 240 Tensor cores, and a yet to be confirmed number of RTX cores. There's a base clock of 1365MHz and boost clock of 1680MHz. All of this, according to Nvidia, translates into 60fps at high settings in Battlefield V at 1440p with RTX effects set to medium. It will be interesting to see how real world performance numbers would vary so it's best to take Nvidia's claims with a tonne of salt for now.

Earlier in the day it was announced that upcoming shared world shooter Anthem would make use of Nvidia's DLSS tech. Nvidia claims DLSS (deep learning supersampling) is capable of being twice as efficient as other anti-aliasing methods, allowing for sharper image quality minus performance penalties associated with anti-aliasing. Keep in mind that you'll need an Nvidia RTX GPU to get the most of it, which makes the RTX 2060 announcement a timely one as it's the most affordable version capable of taking advantage of DLSS.

"By merging traditional computer graphics and deep learning, DLSS represents the next step in performance for us," said Jon Warner, Game Director at BioWare in a post on Nvidia's blog. "We are excited to partner with Nvidia to bring RTX technology to Anthem."