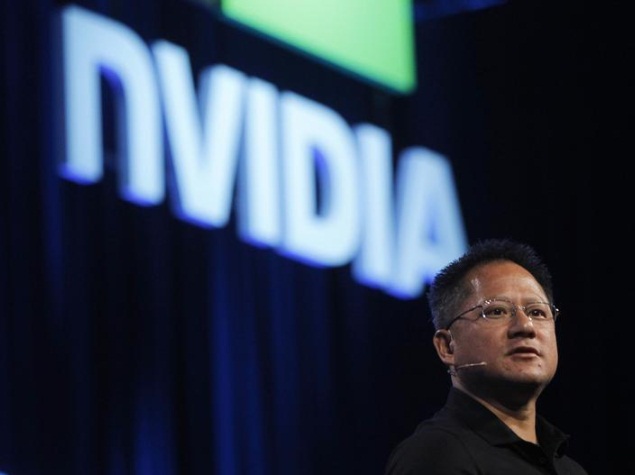 Nvidia CEO Jen-Hsun Huang debuted new and upcoming graphics technology on Tuesday including a $3,000 high-end component for PC game enthusiasts and a cloud-computing partnership with VMWare

With the personal computer industry losing steam and the chipmaker's move into mobile facing relentless competition, Nvidia is heavily promoting its graphics technology for a wider range of applications, including cars and data centers.

At the company's annual graphics technology conference in San Jose, Huang wowed close to 3,000 attendees with souped up chips for machine learning and a self-driving Audi, powered by an Nvidia processor, that drove onto the stage during his presentation.

Huang announced a new version of Nvidia's high-end Titan graphics card, its top of the line offering for die-hard PC gamers. The new Titan Z, which will sell for $2,999, boasts two Kepler graphics processors and follows the previous Titan chip that sold for about $1,000.

He showed the new Titan device intricately simulating the natural interplay between a solid block swinging from an elastic and smoke particles moving around it, all adhering to the laws of physics.

"If you're in desperate need of a supercomputer that you need to fit under your desk, we have just the card for you," Jen-Hsun said.

Huang also announced an upcoming graphics processor unit, codenamed after French mathematician Blaise Pascal, with memory chips stacked one on top of each other to allow data to move faster and more efficiently.

Nvidia has been trying to push into tablets and smartphones but it has struggled to stake out market share due to stiff competition from larger Qualcomm Inc.

Now, the company is increasingly marketing its Tegra line of mobile chips as ideal for powering entertainment and navigation systems in cars. In January, Nvidia said it was broadening its relationship with Audi, which plans to use the upcoming Tegra K1 chip in more of its cars.

The Santa Clara, California company is also pushing for its graphics chip technology to be adopted in data centers providing web-based processing power to enterprise customers.

Huang said cloud-computing company VMWare would incorporate Nvidia's technology in its virtualization software, which helps companies save on server and storage costs.

Nvidia recently announced that its Tegra mobile chip and LTE modem would be used in a new version of Microsoft's Surface tablet. A previous version of the Surface using Nvidia chips failed to gain traction with tablets shoppers.