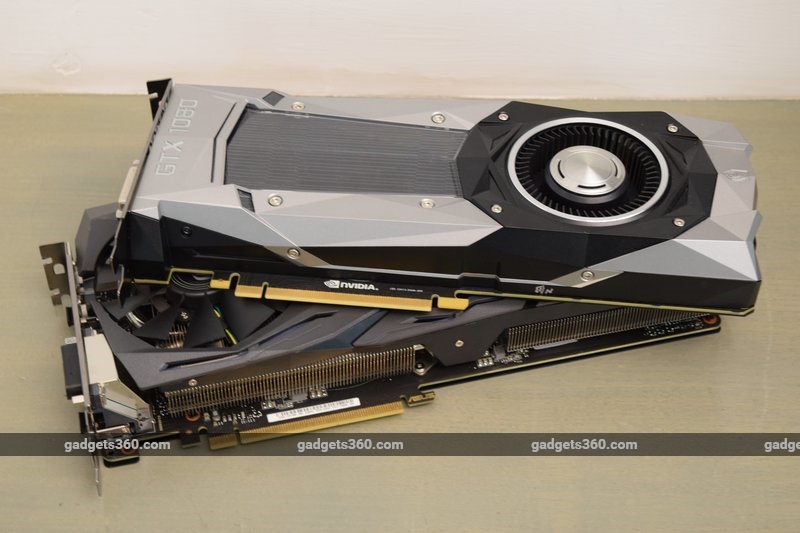 Nvidia CEO Jen-Hsun Huang has officially stated that the company has depleted its stock of high-end GeForce GTX 10-series GPUs, with supplies for the rest of the line set to dry up soon. That means that worldwide supply of new GeForce GTX 10-series graphics cards will begin to dry up in the very near future, leaving only the much more expensive new GeForce RTX 20-series. Due to the higher prices of Nvidia's latest generation of graphics cards and the relative lack of support for their headlining RTX ray tracing features, many buyers who are still interested in the previous generation might soon be disappointed.

This means that high-end and mid-range GeForce GTX 10-series cards will soon disappear from retail, leaving customers with only the higher priced GeForce RTX 20-series models and AMD's Radeon lineup to choose from. Nvidia's online store for India lists the new GeForce RTX 2070 Founders Edition card for Rs. 52,500, whereas the GeForce GTX 1070 costs Rs. 35,800. The top-end GeForce RTX 2080 Ti is priced at Rs. 1,05,000 as opposed to Rs. 662,600 for the GeForce 1080 Ti.

At the Q&A session, Huang also acknowledged and agreed with criticism of the launch of the GeForce RTX 20-series, because the company started with only high-end, high-priced models. He said that the new GeForce RTX 2060, announced at CES 2019, is the answer to buyers' frustrations.

Customers in many parts of the world might still be able to purchase second-hand graphics cards through online and offline marketplaces as former cryptocurrency miners try to offload their hardware.

However, rumours continue to swirl that Nvidia is preparing to launch at least one new GPU under its GeForce GTX brand which would be based on the same Turing architecture as the GeForce RTX 20-series, but would lack the integrated ray tracing hardware in order to be sold at more competitive prices. This could line up with older rumours of a Turing-based GeForce 11-series, and would also somewhat make up for the disappearance of the 10-series.