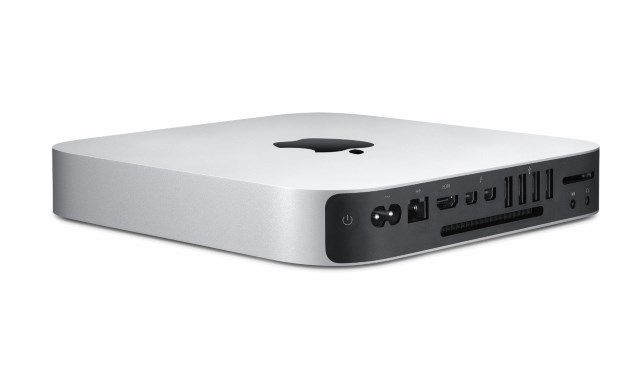 Apple has announced India pricing and availability for its refreshed Mac mini, which was announced alongside new iPad and iMac models at an event in California on Thursday. The new Mac mini comes in three models and will be available at select authorised resellers in India next week.

Another model, priced at Rs. 49,990, will come with a dual-core Intel Core i5 running at 2.6GHz with a Turbo Boost speed of up to 3.1GHz. This model will have a 1TB Fusion Drive standard, but customers can choose a 256GB solid-state drive instead. This model will have 8GB of RAM and Intel Iris graphics.

The highest-priced model comes in at Rs. 69,990 and boasts of a 2.8GHz dual-core Intel Core i5 CPU with a maximum Turbo Boost speed of 3.3GHz. The 1TB Fusion Drive can be swapped out for 256GB, 512GB or 1TB of solid-state storage. This model also has 16GB of RAM and Intel Iris graphics.

All three models support up to two displays at resolutions of up to 2560x1600, via twin Thunderbolt 2 ports and an HDMI port. There is also a Gigabit Ethernet jack, four USB 3.0 ports, an SDXC card reader and 3.5mm audio in and out sockets. High-speed Wi-Fi ac is supported along with the older b/g/n standards, and there is also Bluetooth 4.0.