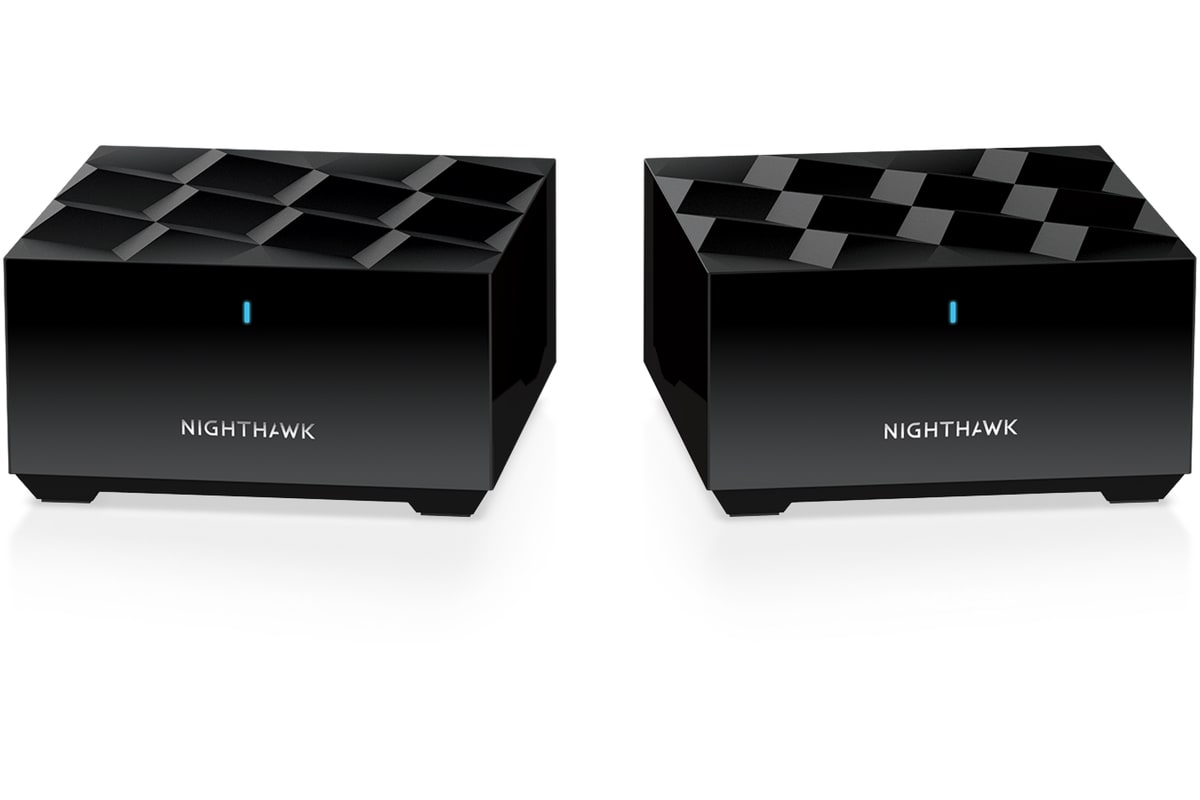 Netgear was one of the few companies to introduce Wi-Fi 6 routers back in 2019. The initial wave of Wi-Fi 6 routers were quite expensive but it seems like in 2020 we'll see more affordable Wi-Fi 6 routers, including mesh systems that can help cover larger areas. At CES 2020, Netgear has announced a new Wi-Fi 6 mesh system that's slightly more affordable than Google's Nest Wifi and Eero which aren't even supporting Wi-Fi 6. In addition, Netgear has also launched a new mobile router with Wi-Fi 6 and 5G support.

The new Netgear Nighthawk Mesh Wi-Fi 6 system is a dual-band wireless router with two satellite units. The design somewhat resembled Netgear's Orbi mesh system. Each satellite unit comes with an Ethernet port at the rear, apart from support for Wi-Fi 6. The wireless standard enables the router to theoretically clock speeds of up to 600Mbps on the 2.4GHz band and up to 1,200Mbps on the 5GHz band.

Netgear's Nighthawk mesh system features two internal antennas with support for 2x2 MU-MIMO connections. This enables the router to beam signals from each antennae, boosting overall speeds. Of course, you'll need to use compatible Wi-Fi 6 devices to extract the maximum juice out of these.

The Nighthawk Mesh system is priced at $230 (roughly Rs. 16,500) and will start shipping in the Unites States later this month.

While 5G begins to kick off slowly, Netgear has a new product for those on the move. The new Netgear Nighthawk M5 5G Wi-Fi 6 Mobile Router features a touchscreen LCD display. You can easily access the router's settings and make changes using the display. The display can also be used to monitor data usage and check connection status. With Wi-Fi 6 support, you can make the most out of your 5G connection.

The Nighthawk M5 comes with a removable rechargeable battery. The router comes with a gigabit Ethernet port. The Nighthawk M5 will ship during the second half of this year. Netgear hasn't revealed any official price tag yet. Needless to say, it'll be available only in markets where 5G is being rolled out.