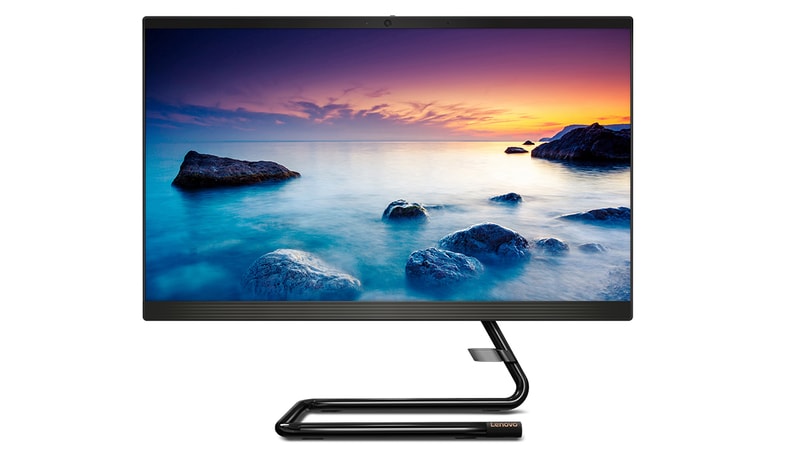 After announcing a number of new laptops, headphones, Chromebook PCs, and a phablet, Lenovo has launched a new all-in-one desktop PC at Mobile World Congress 2019. The new Lenovo IdeaCentre AIO A340 features an interesting design with a pipe-shaped base. The all-in-one offers a minimalistic design and comes in two different flavours. The desktop PC also features a webcam shutter in case you're concerned about your privacy.

The IdeaCentre AIO A340 is available in 22-inch and 24-inch display sizes that come with full-HD 1080p panels and thinner bezels than its predecessors. Lenovo is offering three Intel processor options with the all-in-one. These include Intel Core i5-8400T, Intel Core i5-8265U, and the Intel Pentium Silver J5005.

You can also pick the AMD A9-9425 processor which comes with the Radeon R5 graphics card. Lenovo says its new IdeaCentre AIO 340 is built for families or professionals who need a home desktop or a reliable work machine that doesn't consume a lot of space on their desks.

As for RAM options, you can pick between 4GB or 8GB of RAM. The IdeaCentre AIO 340 comes with SSD storage options up to 512GB. You can also pick a traditional mechanical drive up to 1TB. The desktop PC comes with a 720p webcam.

The Lenovo IdeaCentre AIO 340 has variants with integrated graphics, but in case you're into graphics or play games, there's another variant that offers the AMD Radeon 530 graphics card.

Lenovo's IdeaCentre A340 will launch in the US in April with prices starting from $500 (roughly Rs. 35,500). Some European countries, however, will get their hands on the all-in-one next month itself.