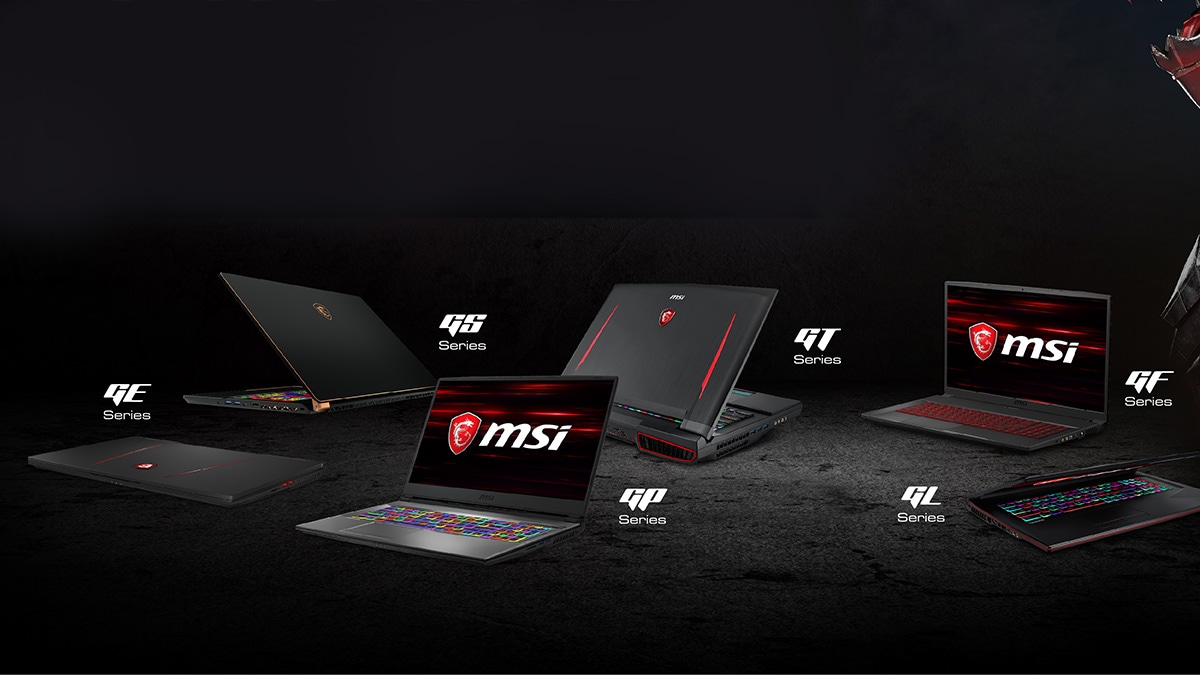 The new laptops went on sale from April 23 in India

MSI has refreshed its entire gaming laptop lineup with Intel's newly launched 9th generation CPUs and Nvidia's new GTX 16-series GPUs. The refresh applies to MSI's entire gaming lineup, which includes the GT, GS, GE, GP, GL and GF series. The laptops are already available in India from April 23 onwards from MSI's exclusive stores as well as online e-commerce websites such as Flipkart and Amazon. Pricing starts at Rs. 77,990 and goes all the way up to Rs. 3,99,990.

Starting from the top of MSI's products stack, we have the GT75 Titan and GT63 Titan, which are desktop replacement laptops featuring a massive 17.3-inch display with up to 4K resolution and weighing in at 4.65kg. The GT75 Titan will have up to a GeForce RTX 2080 GPU, multiple terabytes of SSD storage, a RGB mechanical keyboard, dual fans and 11 heatpipes.

Next up is the GS series, which includes the GS65 Stealth and GS75 Stealth. These are slim and light laptops designed for gaming on the go and features up to a GeForce RTX 2080 GPU with 8GB of GDDR6 RAM, a 15.6-inch or 17.3-inch full-HD display (depending on the model), and a SteelSeries keyboard with per-key RGB backlighting.

The GP75 Leopard offers a new “cosmological warship” design with high-end gaming specifications. Graphics go up to a GeForce RTX 2060 along with a 17.3-inch full-HD display with 144Hz refresh rate and a weight of 2.6kg.

The GL63 gives you the option of the new Nvidia GeForce GTX 1660 Ti GPU with 6GB of GDDR6 RAM. You also get a 15.6-inch full-HD display with up to 120Hz refresh rate, per-key RGB backlighting, and up to an Intel Core i7 9th generation CPU.

Finally, we come to the GF75 Thin and GF63 Thin, both of which feature up to a GeForce GTX 1650 GPU with 4GB of GDDR5 RAM and up to a Core i7 CPU. This series is targeted at gamers who want simple aesthetics without compromising on performance.