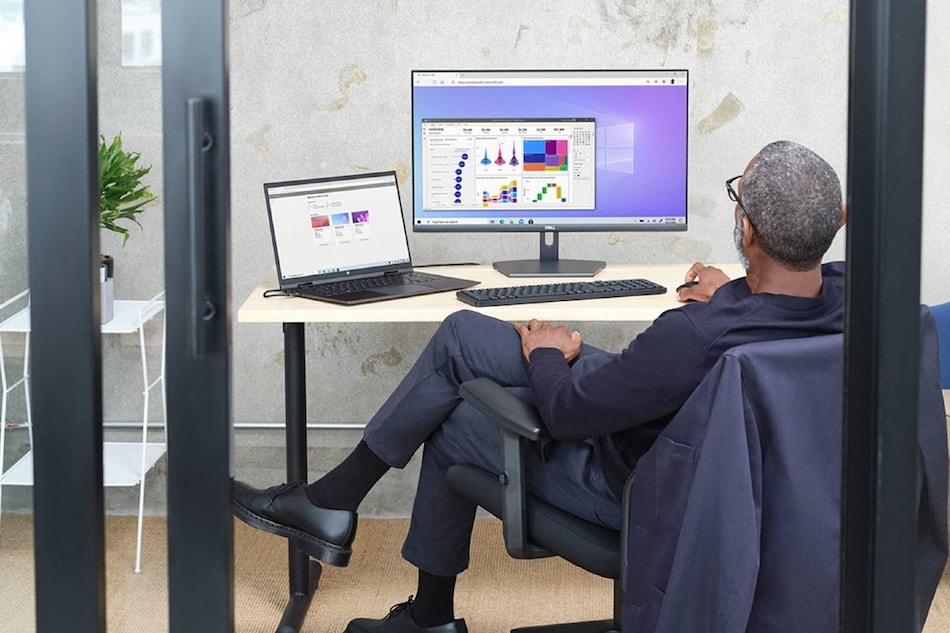 Windows 365 pricing is now out as Microsoft has made the cloud service available to the general public. Unveiled at all-virtual Microsoft Inspire 2021 last month, Windows 365 is designed to offer a full-fledged Windows experience over the cloud. The Redmond company calls it a cloud PC. Users can access Windows 365 in multiple configurations, with a price starting at Rs. 1,555 ($20 in the US). The service is also available in two distinct editions — Windows 365 Business and Windows 365 Enterprise.

Shortly after the official release last month, the pricing for one of the Windows 365 SKUs was revealed. But that was just a glimpse of what Microsoft has to ask for its cloud PC experience.

At the Rs. 1,555 price per month, you are getting a single virtual core processor, 2GB RAM, and 64GB storage. You can upgrade to two virtual cores and 4GB RAM at Rs. 2,180. If you don't have a Windows 10 Pro license, you can get the basic version of Windows 356 Business at Rs. 1,865 per user a month. The top-end SKU brings eight virtual cores, 32GB RAM, and 512GB storage at Rs. 12,295 per user/ month for buying with Windows Hybrid Benefit. It is also available for regular customers who don't have prior Windows licences at Rs. 12,605 per user a month.

In the US, Microsoft is selling Windows 365 Business and Enterprise SKUs starting at $20 and going up to $158 per user a month.

There are also free two-month trials of Windows 365 Basic, Standard, and Premium versions that customers can get to experience the cloud PC experience, without paying the subscription charges. However, it is important to note that customers will be automatically migrated to paid subscriptions once the free trial ends.

Windows 365 Business edition is specifically designed to offer an easy-to-go experience to customers where they don't require an Azure subscription or a domain controller as all the components are running inside the Microsoft cloud and managed directly by Microsoft. You just need a Microsoft 365 subscription to get Windows 365 Business. However, Windows 365 Enterprise is meant to organisations that have dedicated IT setups and larger teams. It brings additions such as the Resize feature to let customers upgrade RAM, CPU, and storage size to meet their requirements.

Irrespective of the two editions, Windows 365 is claimed to bring a complete PC-like experience over the cloud that can be accessed via a Web browser through any Windows, Mac, iPad, and Android device. You'll get apps, data, and settings that are normally available on a Windows PC. Also, you can store your content on the cloud to access it from anywhere — just like how you access your cloud storage through OneDrive or Google Drive. It is also coming soon to Linux devices.

Having said that, Windows 365 is at present not meant for regular Windows PC buyers as it is aimed at enterprise customers who have specific use cases. It, thus, makes no sense to compare Windows 365 pricing with what you pay for a regular PC. However, you can put Windows 365 against Azure Virtual Desktop, which is Microsoft's traditional virtualisation offering. That comparison appears to show Windows 365 a more affordable option against the existing Azure model, as pointed out by Microsoft partner Nerdio.