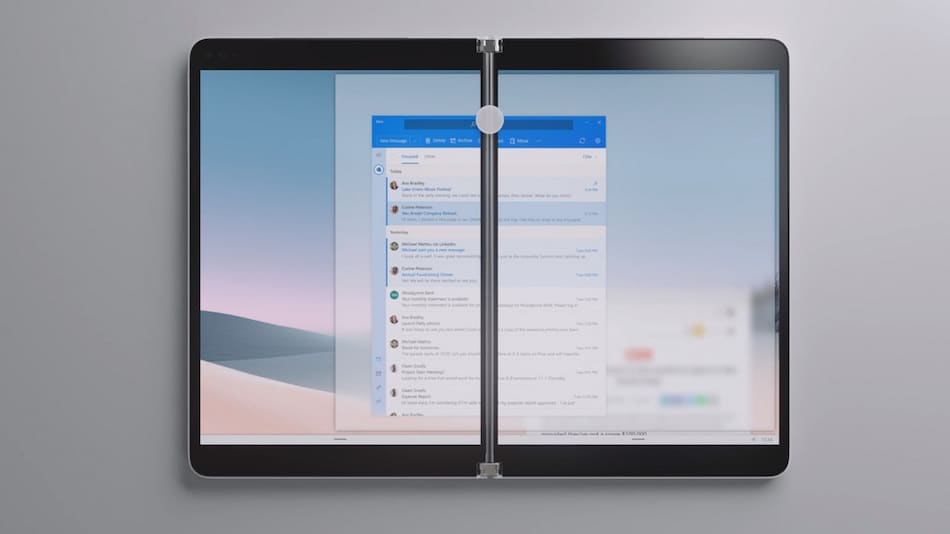 Microsoft is hard at work to meet its holiday 2020 launch date for Windows 10X, a new operating system for foldable and dual screen devices. At its Microsoft 365 Developer Day event, the company shared several updates on the new version of Windows 10 along with the launch of a Windows 10X emulator. The emulator will allow users to develop and test apps for this new platform. Those who are members of the Windows Insider program can download the emulator though the Windows Insider Preview SDK.

According to a report by Bleeping Computer, in order to improve the performance of Windows 10X devices, Microsoft is making Web, Win32, and Universal Windows Platform (UWP) apps run in containers. These containers will have a lightweight version of Windows (Win32) which will be used by the apps that need it. The tipster, who goes by the username WalkingCat shared the presentation on Twitter which shows there are three types of containers, namely Win32, Native (UWP), and MSIX. The Win32 containers will be able to run all Win32 apps on 10X.

Microsoft has also promised quicker updates on Windows 10X. The company claims the updates will take less than 90 seconds by simply switching to latest OS update at reboot, reports The Verge.

Coming to the emulator, Microsoft claims it will allow developers to test their apps and see how they would run on Windows 10X on the Surface Duo and Surface Neo. One caveat is that AMD processors are not supported by the emulator as of now. There are some hardware and software requirements that users must meet in order to get the emulator running.

Thanks to leaks and rumours, we know Windows 10X will have a new interface where Microsoft has tweaked the placement of some core components. The Start menu in Windows 10X will be an icon-based Launcher, more akin to the Android. There is a new Action Center to give users quick access to important system settings. Microsoft is also include the ‘Wonder Bar' that gives quick access to emojis, a virtual touchpad, a GIF selector, etc.