Microsoft Windows 10 users can customise the new widget to get information about topics of their interest. 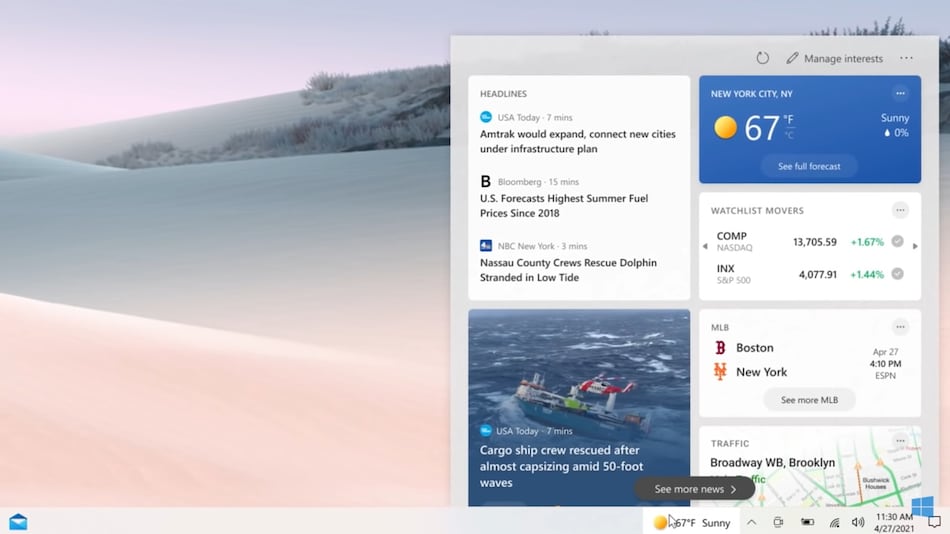 Microsoft Windows 10 taskbar has been revamped to include a new widget. Users will now be able to view weather updates and a news feed that can be completely customised to include topics of interest right from the taskbar. The update was first tested out with Windows Insider users and has now got the green light for a wider rollout to all Windows 10 devices. Microsoft says the widget will show concise, “snackable” information on news, sports, stocks, and traffic updates.

A blog post from Microsoft details how the new taskbar will look and function. Users will see weather information on the taskbar and clicking on it will open a content feed with news, stocks, sports, and traffic updates.

The new feature will be bundled with the latest update for Windows 10. Microsoft has been testing this feature with Windows Insider members since January 2020.

The new Windows 10 taskbar widget displays the information through cards that users can customise according to their interests. They can add or remove topics by expanding the widget and clicking on Manage interests that appears at the top of the widget. Users can also completely disable the widget if they don't wish to use it.

Microsoft said that the update will start rolling out to customers in a phased manner over the next several weeks. A broader rollout will be completed in the coming months.

In other Windows-10 related news, Microsoft has now added the Snipping Tool and MS Paint to its Microsoft Store. These apps can now be updated through the store. However, this is a part of the Windows 10 Insider program for now and is only available through Windows 10 Preview Build 21354. Alongside this, MS Paint has also gotten a new icon. Since 2017, Microsoft has been trying to move MS Paint users to Paint 3D when it was introduced with the Windows 10 Fall Creators Update.