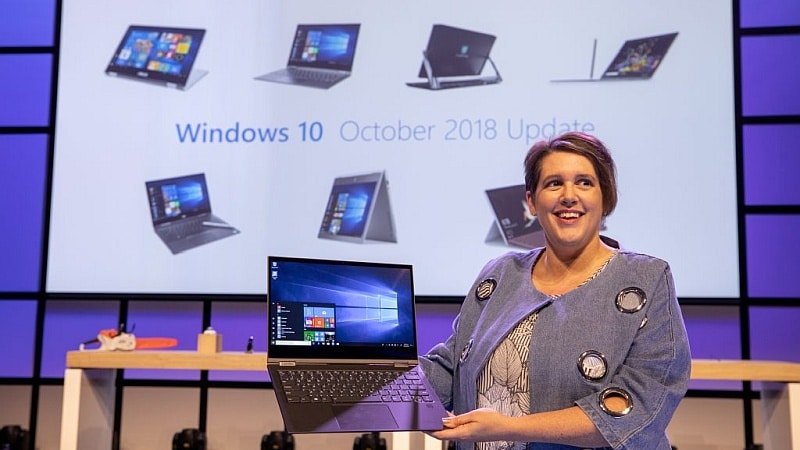 Microsoft seems to have realised that its twice-per-year update cadence has been an issue for businesses. The company has now announced that it will be extending the support cycle for enterprises running Office, Windows 7, and Windows 10 to help them "shift to a modern desktop." Meanwhile, Microsoft is also stepping up its Windows 7 migration plan with a paid security update option. Since Windows 7 will reach the end-of-support in January 2020 for users, the company is now offering paid extensions for Windows 7 security updates. Additionally, there is a new Windows 10 Insider Preview that's heading out to the Fast ring, a new preview build of Windows 10 October 2018 Update that comes with a series of bug fixes.

Last year in April, Microsoft had announced that it will release scheduled updates for Windows 10 twice-per-year targeting March and September of each year. The new biannual schedule was also aligned with other products like Office 365 ProPlus. The company, however, says that several customers have asked for more time and flexibility in the Windows 10 update cycle. As a result, the company has announced a few changes. Jared Spataro, Corporate Vice President of Microsoft 365, says in a blog post, "You've been talking, and we've been listening." He adds, "We recognise that it takes time to both upgrade devices and operationalise new update processes. Today's announcements are designed to respond to your feedback and make it easier, faster, and cheaper to deploy a modern desktop."

Meanwhile, all future feature updates of Windows 10 Enterprise and Education editions with a targeted release month of March will continue to be supported for 18 months from their release date, thereby maintaining the semi-annual update schedule and retaining the option for customers that want to update twice a year. Also, all feature releases of Windows 10 Home, Windows 10 Pro, and Office 365 ProPlus will continue to be supported for 18 months. This, Microsoft says, applies to feature updates targeting both March and September.

Microsoft has also rolled out a fresh Windows 10 Insider Preview Build that comes with fixes to several minor bugs and issues causing crashes. The company is shipping out Build 17754 for Windows Insiders on the Fast ring. It said that the company is now beginning the phase of checking the final code to prepare for the final release of the Windows 10 October 2018 Update.

The build watermark at the lower right-hand corner of the desktop is no longer present in this Windows 10 build. Microsoft has fixed an issue that resulted in reduced Action Center reliability. It has also fixed a problem where if users opened one of the taskbar flyouts such as network or volume, and then quickly tried to open another, it would not work. The issue with multiple monitors where if the Open or Save Dialog was moved between monitors some elements would become unexpectedly small, has been fixed too.

Other fixes introduced in the latest Windows 10 build include an issue resulting in particular apps crashing while setting focus to the in-app search box. The build also fixes a bug that caused League of Legends and the games to fail to launch or connect properly. It has also fixed an issue where clicking on web links in PWAs such as Twitter didn't open the browser and one where pasting multi-line text into certain websites using Microsoft Edge would sometimes add unexpected empty lines between each line. The issue where the contents of the Apps and Features page would not load until the apps list was ready, resulting in the page appearing blank for a time, has been fixed. It also fixed an issue where the list on Settings of built-in phrases for the Pinyin IME was blank. It also fixed an issue in Narrator where activating Microsoft Edge history items would not work in Scan mode. It has also made some improvements in Narrator Selection when moving forward in Microsoft Edge. Please try this out and use the Feedback hub app to let us know any issues you encounter.

When it comes to crash events, the build also fixes one that would occur when using the pen to ink in Microsoft Edge's web notes. It also fixes Task Manager crashes, Settings crashes for multi-monitor setups, and a crash that happened when clicking the Verify link on the Accounts Setting page.

Meanwhile, Windows 7 extended support is ending January 14, 2020, but Microsoft has announced that it will offer paid Windows 7 Extended Security Updates (ESU) through till January 2023. It also noted that the Windows 7 ESU will be sold on a per-device basis and the price will increase each year. These ESUs will be available to all Windows 7 Professional and Windows 7 Enterprise users with volume-licensing agreements, and those with Windows Software Assurance and/or Windows 10 Enterprise or Education subscriptions will get a discount.

Also, the next version of Microsoft Office - Office 2019 - will be released in the second half of 2018. Earlier this year, the company had announced that from October 13, 2020, customers will need Office 365 ProPlus or Office 2019 clients in mainstream support to connect to Office 365 services. Now, in order to give users more time to transition fully to the cloud, the company is now modifying that policy and will continue to support Office 2016 connections with the Office 365 services through October 2023.