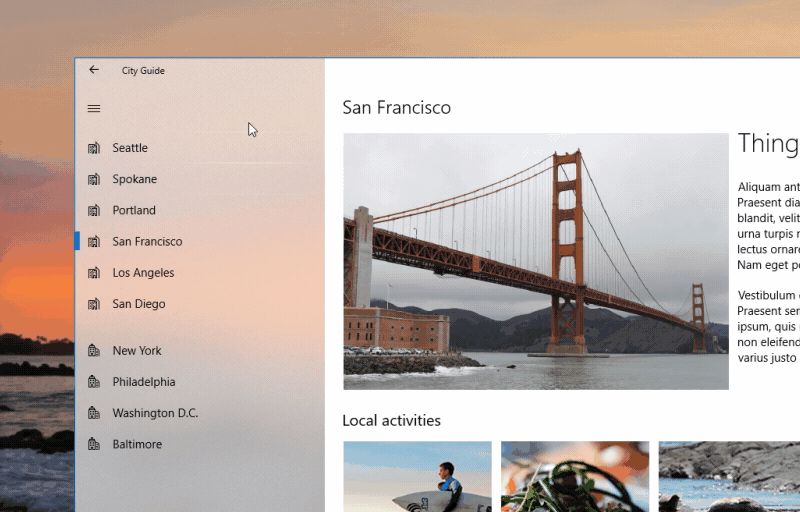 The Build 17004 shows off glimpses of Fluent Design that is said to be part of the next Windows 10 version - codenamed Redstone 4 - and won't arrive with Windows 10 Fall Creators Update.

"As we progress into the next feature update, you'll begin to see more and more elements of Fluent Design light up. We love the enthusiasm we've seen for Fluent Design, and with today's build you'll notice that Reveal is now visible on Start in All apps," said Dona Sarkar, Software Engineer, Windows and Devices Group in announcement blog.

Windows Insiders in the Fast ring who have opted in to Skip Ahead only will be able to notice the new Fluent Design elements in the Start menu. Users can also notice Reveal, which is a Fluent Design System component that adds light to the app. Currently, there are two main visual components to Reveal: the hover Reveal behaviour, and the border Reveal behaviour. Fluent Design includes elements like acrylic, where surfaces behind primary app content are solid and opaque backgrounds.

Windows Central has a hands-on video where the Reveal feature can be seen live. Microsoft also promises that there will be more Fluent Design features introduced in future updates.

Next month, Windows 10 Fall Creators Update will be rolled out to customers on October 17 and will include improved privacy options.