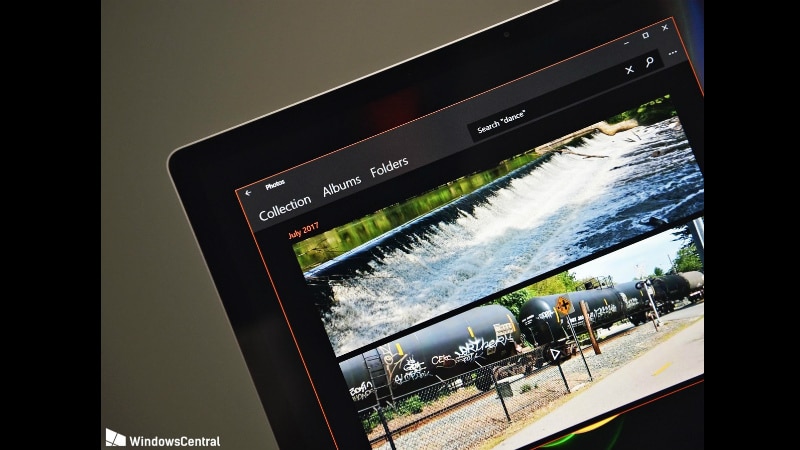 Microsoft will roll out the Windows 10 Fall Creators Update this September, and features that are expected to arrive with the update, are already being tested by Windows 10 Insider Preview members. One such feature spotted lately is intelligent image sorting, which essentially sorts all your photos on OneDrive into faces, things, places, etc, just like Google Photos.

Windows Central reports that this feature was spotted in the updated Photos app in the latest build for the Windows Insider 'Release Preview' Ring. The report states that the Photos app is using AI natively to search in Photos app, and not in the cloud, throwing results faster than before. It takes a second per image to search, and keywords like "car", "phone", and "beer", and throw relevant results accordingly. Just like Google Photos, and the recently Photos app on iOS, it also has face detection that will group photos of what the app believes is the same person.

Microsoft is testing this feature with version 2017.35063.13610.0 on the Windows Insider Release Preview Ring. The newly updated Photos app in the beta version now has a search bar on the upper right corner. Searching for keywords based on categories, colours, months, and even faces will throw relevant results, and clicking on the X icon at the end of the search bar will bring you back to all your photos collection once again.

The new Photos app will also have a new feature called Suggested Albums that can be found in the mini-Gallery. It intelligently collects photos of similar themes and makes a slideshow for you see and save as an album if you like what you see. There is an Add to your albums button to save the suggested collection as well. Users testing this feature can also toggle smart search on and off in Settings > Viewing and editing > People, in case they don't want additional data and space to be eaten up.

56 Percent Smartphone Users in India Have No Data Access at Least Once a Day: Survey
Cortana for Android Gets a New Design, New Features