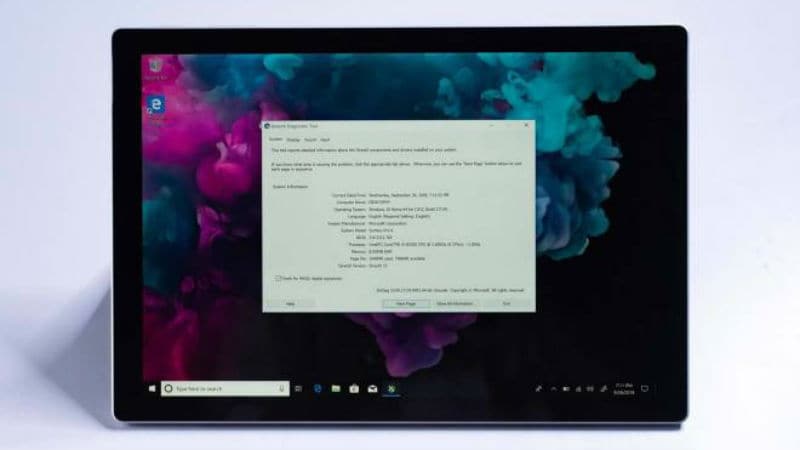 Microsoft is expected to unveil newer versions of the Surface Pro and Surface Laptop on Tuesday. The Redmond, Washington-headquartered company has a launch event scheduled for October 2 in New York where the new Surface devices are likely to debut. Ahead of the unveiling, a new report has hinted at the changes that we can expect from the upcoming devices. According to the leak, Microsoft will launch the Surface Pro 6 and Surface Laptop 2 at the event but there will be no major overhauls in the new models. Interestingly, none of the devices will reportedly be equipped with USB Type-C ports.

One of the most expected announcements for Microsoft's launch event is the successor to the Surface Pro (2017) that was launched last year. The company may also bring the successor to the Surface Laptop that debuted in May last year and was launched in India last month. As per a WinFuture report, Microsoft will launch the Surface Pro 6 and Surface Laptop 2 with some specification bumps. According to the report, the newly refreshed lineup will miss a "complete overhaul". The company will reportedly only be updating the processors in the two devices, while the rest of the features will remain the same. Additionally, there will be new Black colour variants of both the devices. Notably, the report claims that Microsoft has removed the integration of USB Type-C and Thunderbolt support in the new Surface lineup.

In terms of hardware in the Surface Laptop 2, Microsoft will reportedly incorporate the cheapest variant with an Intel Core i5-8250U processor, clocked up to 3.6GHz, paired with 8GB of RAM and 128GB PCIe NVMe SSD. Notably, there will be no 4GB RAM variant in the new lineup, as per the report.

Meanwhile, the Surface Pro 6 will reportedly ship with a base model that includes 4GB of RAM and an Intel Core m3-7y30 processor. Also, there will be other variants with 16GB of RAM, paired with 512GB or 1TB of SSD storage. These variants will be equipped with a quad-core Intel Core i7 SoC. Microsoft is also said to be retaining the Mini DisplayPort and Surface Connector combo for connecting to displays and charging the devices. Meanwhile, there are some changes in terms of the operating system. Both the Surface Pro 6 and the Surface Laptop 2 will be pre-installed in the consumer versions of Windows 10 in S-mode. Users will be able to upgrade to Windows 10 Home for free, but not to Windows 10 Professional.