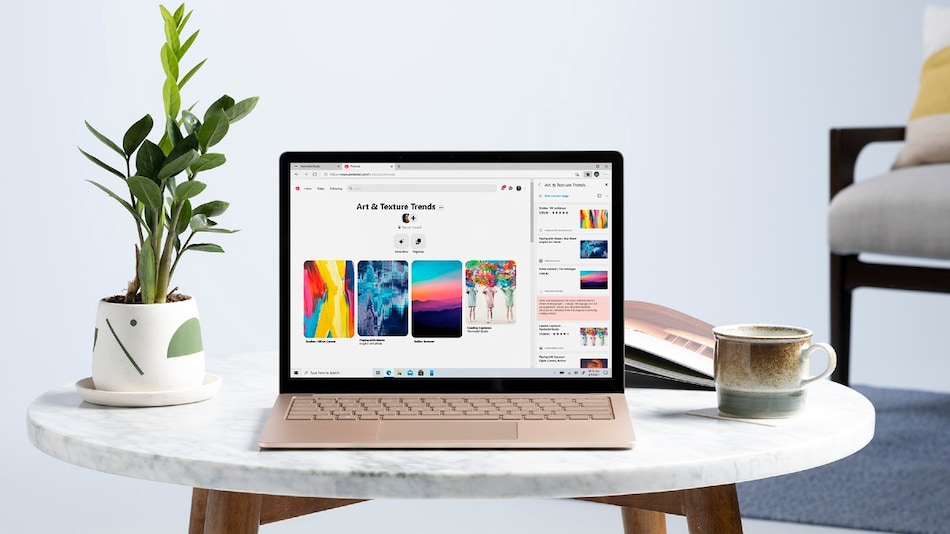 Microsoft Surface Laptop 4 was launched in India on Tuesday — just over a month after its global debut. The new Surface Laptop model comes in 13.5- and 15-inch models that both have a 3:2 PixelSense touchscreen and Dolby Atmos surround sound. The Surface Laptop 4 is also specially optimised for Microsoft's in-house apps and experiences. The device packs 11th-generation Intel Core or AMD Ryzen Mobile processors and offers up to 16GB of RAM.

The Surface Laptop 4 is available for purchase through commercial resellers, retail stores, and Amazon with no-cost EMI options for up to nine months, starting at Rs. 11,444 a month. It comes in Black and Platinum colours.

Microsoft Surface Laptop 4 features the 3:2 PixelSense high-contrast display with touch support and is powered by 11th-generation Intel Core and AMD Ryzen 5 or Ryzen 7 Mobile processors, along with up to 16GB of RAM and maximum 512GB of SSD storage. The laptop also carries Omnisonic speakers that are backed by Dolby Atmos and includes a studio microphone array. Further, there is an HD front-facing camera with low-light capability.

Microsoft has provided a standard keyboard that is paired with a large trackpad, supporting gestures. The laptop also comes with Windows Hello face authentication.

In terms of connectivity, the Surface Laptop 4 has Wi-Fi 6, Bluetooth v5, USB Type-C, USB Type-A, and a 3.5mm headphone jack.

While the AMD Ryzen variant of the Microsoft Surface Laptop 4 is claimed to deliver up to 19 hours of battery life, its Intel counterpart is rated to last for up to 17 hours.

Huawei HarmonyOS Launch Date Set for June 2 Amid US Sanctions