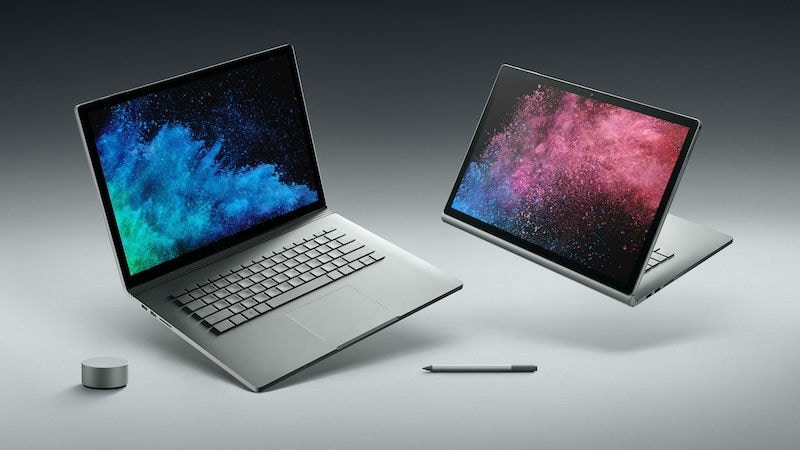 The Microsoft Surface Book 2 laptop is coming to India. The company had launched the Surface Book 2 last year in two variants - 13-inch and 15-inch. However, only the 13-inch variant was available till now in select markets, including the US. Starting Wednesday however, the 15-inch model will be made available for pre-orders in 17 markets, not including India. Later this year though, the Surface Book 2 will be made available in both its 13-inch and 15-inch variants in all Surface markets, including India and 16 other markets. Microsoft has not given an exact date for this second phase of rollouts. Meanwhile, in terms of pricing the base 13-inch model of Microsoft Surface 2 starts at $1,499 (roughly Rs. 95,800), and 15-inch model at $2,499 (roughly Rs. 1,60,000)

The Surface Book 2 is the successor to the Surface Book that was launched in 2015. The Surface Book 2 display can be detached, transforming it into a tablet. The laptops feature the latest 8th Gen Intel Core Processors and Nvidia GeForce GTX 1050, and 1060 discrete graphics. Surface Book 2 also supports the Surface Pen with tilt and 4,096 levels of pressure sensitivity. The laptop also comes with a Surface Dial on-screen. It also has a 5.0MP front-facing camera with 1080p HD video, and an 8.0MP rear-facing autofocus camera with 1080p Full HD video, dual microphones, and front-facing stereo speakers with Dolby Audio Premium.

Global IT Spending Projected to Reach $3.7 Trillion in 2018: Gartner