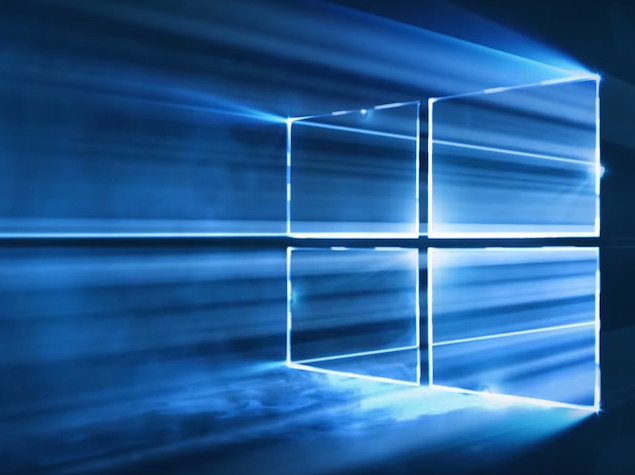 Microsoft has released what it calls a "cumulative" update for Windows 10. Just a week after releasing the new desktop operating system to the public, late Wednesday, the company started to seed out the first "major" update to it.

What comes in the update; however, isn't as exciting. The company is largely stuffing in bug fixes aimed at straightening the rough edges that Windows 10 shipped with, and has not detailed the exact changes. "This update includes non-security-related changes to enhance the functionality of Windows 10 through new features and improvements," the company notes in the description.

But interestingly, the package contains all the previously released bug fixes as well. So, in case you missed downloading any of the past patches, the current update will take care of that as well. Microsoft had released a major update to Windows 10 Developer Preview on July 29.

The update dubbed "3081424", which comes packed in a 325MB file, is widely believed to be the "Service Release 1 (SR1)" for Windows 10. Windows head Gabriel Aul though notes that he isn't aware of any such christening. The SR 1 was widely rumoured to hit Windows 10 in the first week of August.

As Microsoft moves its desktop operating system Windows from product to service model, the company would stop releasing any new Windows versions, and instead continue to roll out updates to Windows 10.

The update is more crucial for Windows 10 Developer Preview users for whom it is mandatory to download all the new patches. As previously noted, Windows Insider participants will lose access to Windows Store and several other core Windows 10 features if they didn't keep their computers up to date.