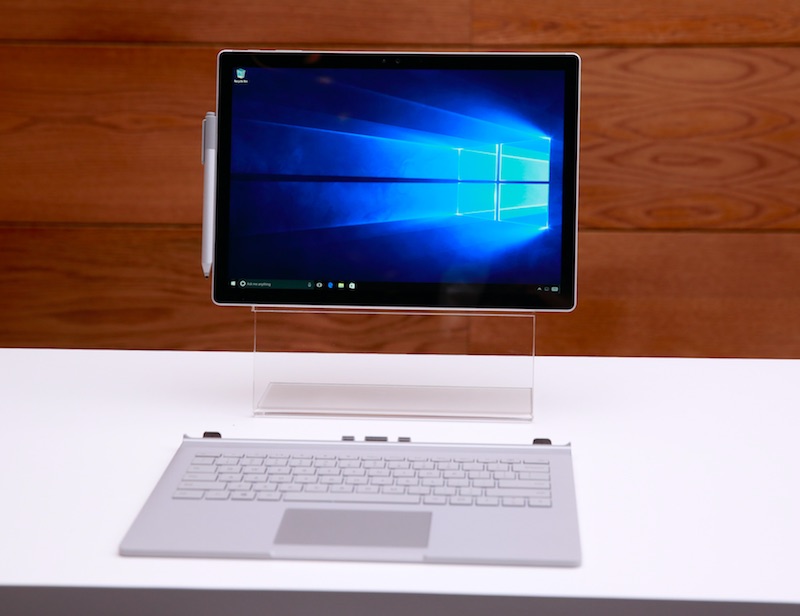 Unveiled earlier this month, the Surface Book is Microsoft's first laptop. The laptop, which also doubles as a standalone tablet, offers an impressive set of hardware specifications. The lowest-tier of Surface Book offers an Intel Core i5 chipset, 8GB of RAM, and 128GB SSD storage. However, the lowest variant has integrated graphics - Intel HD Graphics 520.

The listing on Microsoft Store now notes another low-end variant which comes with discrete Nvidia GPU (being referred to as dGPU by Microsoft), and 128GB of SSD storage. Prior to this addition, the discrete graphics option was available only with the 256GB, 512GB, and 1TB storage variants of the Surface Book, which start from $1,899 (roughly Rs. 123,100) and go up to $3,199 (Core i7 and 16GB RAM).

It's a handy addition for those who're willing to spend $1700 on the Surface Book. Now such users have a choice between picking either a 256GB internal storage variant and a variant which is capable of handling higher-end graphics. The addition also makes the cheaper price echelon of the Surface Book more enticing for everyone, and overall improves the computing experience for more people.

For those who aren't familiar, the discrete graphics card significantly improves a laptop's capability to play games and handle graphics intensive suites like Adobe Photoshop or AutoCAD. In the words of Panos Panay, the graphics card in the new Surface Book is lineup is "for the gamer who plays League of Legends; this is for the architect who is building a building right now; this is for the scientist who is thinking about a cure for cancer."