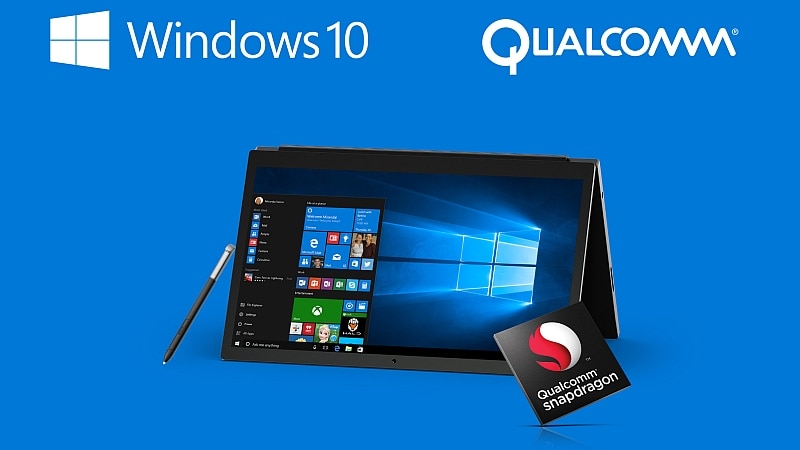 Microsoft and Qualcomm announced last year that Windows 10 will get support for ARM chipsets, specifically, Qualcomm's Snapdragon SoCs. While the companies said that the first PCs with ARM chipsets will be coming in 2017, there was never a specific timeline mentioned for the launch. Now, Qualcomm has revealed that the first such laptops will be launched in fourth quarter this year.

Qualcomm, in its latest investor call, announced that the first cellular laptop with Windows 10 and company's Snapdragon 835 SoC will be coming by the end of this year.

Steve Mollenkopf, CEO of Qualcomm, said that Snapdragon 835 processor is expanding into mobile PC designs that run Windows 10 and is scheduled to launch in the fourth quarter, as per a transcript of the earnings call.

As Windows 10 devices currently only run on x86 chipsets from Intel or AMD, these will be the first devices to run Windows 10 that don't have a processor with x86 architecture. Terry Myerson, Executive Vice President of the Windows and Devices Group at Microsoft, confirmed last year that the initial focus would be on laptops but the company has envisioned a vast ecosystem of Windows 10 ARM devices.

"We're thinking about platform that supports small screens, large screens, devices with no screens at all, head-mounted displays, and so what can these device makers build will really be up to them," Myerson said at the time.

Earlier this month, the Redmond-based company said that it is working with Qualcomm and Cavium to bring support for ARM chips to Windows Server OS. The server used in the demo ran on Qualcomm's 10nm Centriq 2400 and Cavium's flagship second generation 64-bit ThunderX2 ARMv8-A server processor- both especially designed ARM-based chips meant for cloud servers.

Micromax to Integrate Yandex Zen AI-Based Recommendation Tool Into AROUND