Microsoft Partners With Canonical to Bring Bash to Windows 10 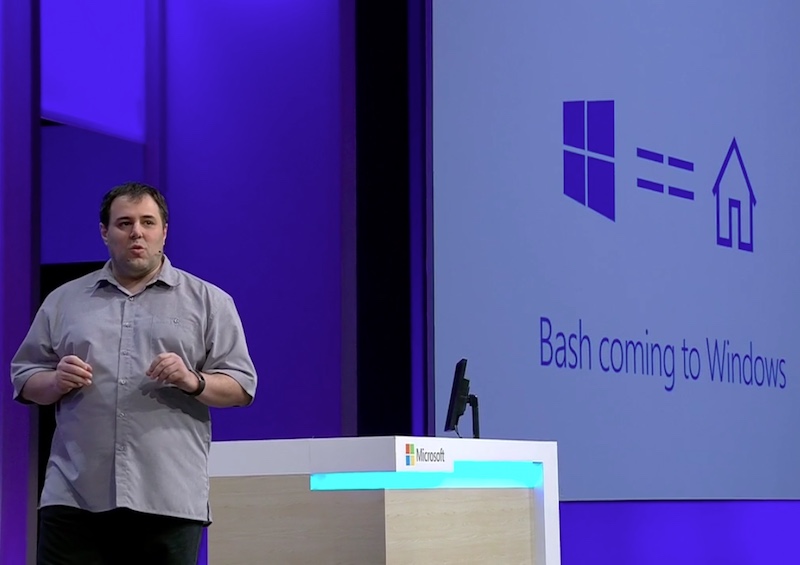 Microsoft is adding support for Bash Unix shell and programming language to Windows. At its developer conference Build 2016 on Wednesday, the company announced that its developers on Windows 10 will now be able to utilise Linux's popular command line with the Windows 10 Anniversary Update, which is scheduled to release for free of charge to Windows 10 users in the next few months.

If you're not a developer this major announcement, unfortunately, means almost nothing to you. But if you're a Web developer and your favoured platform is Windows, this new functionality can make a number of things more convenient for you. Next time you come across an open source command-line utility - the one that begins with "$" - you will no longer have to resort to Linux to try it out.

As previously rumoured, at the day one of Build 2016, Microsoft announced that users can now run Bash on Ubuntu on Windows. In the simplest words, this means that you will be able to run native user-mode Linux shells and command-line tools - no porting, no changes required - on Windows.

Do note that this isn't Bash or Ubuntu running in a virtual machine (VM), a suite that allows you to run an operating system atop another operating system as an application. Instead, Microsoft is bringing native Bash Linux binary to Windows. This will facilitate "real" Linux environment, Microsoft insists. Which means, you will be able to download apps using "apt-get" on Windows, as you do on Linux.

To summarise, as we know this news must be overwhelming to many, unlike utilities like Cygwin, a GNU command line tool that complies for Win32 with great native Windows integration, or HyperV and Ubuntu, a Linux VM, what you're getting here is an environment that supposedly behaves like real Linux. And that is because it executes real Linux binaries.

In a blog post, Microsoft sheds some light into how it brought along all these changes, "We built new infrastructure within Windows - the Windows Subsystem for Linux (WSL) - upon which we run a genuine Ubuntu user-mode image provided by our great partners over at Canonical, creators of Ubuntu Linux."