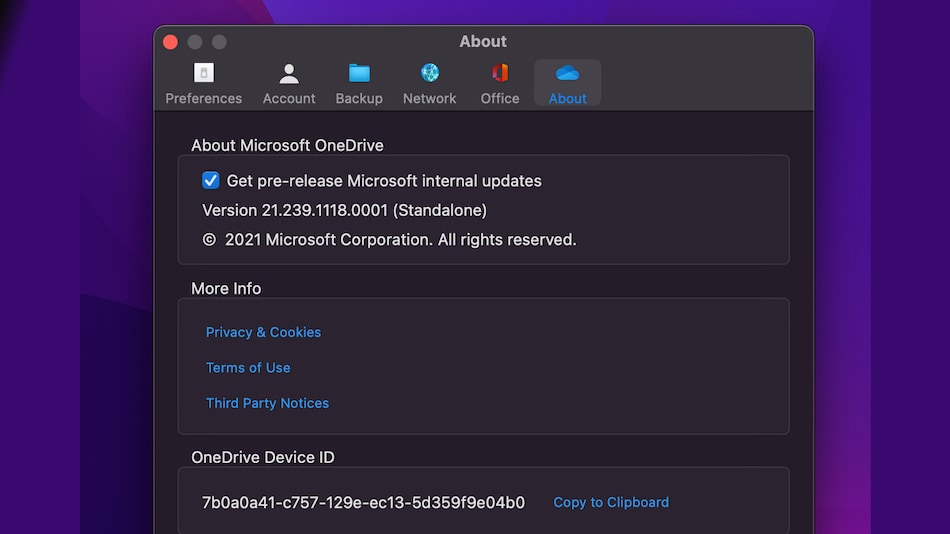 Microsoft has unveiled a new OneDrive sync app for Windows on ARM and Apple's M1 Mac. The tech giant's new app for its cloud-based storage service OneDrive for Apple Silicon and Windows on ARM is now available for public preview. The company will be rolling out the new feature to the Insiders ring gradually over the coming days. To enable the preview, users are required to join the Insiders ring. With OneDrive, users can sync files between the computer and the cloud. The synced files can be accessed directly in File Explorer and it can be used even offline.

Microsoft on December 6 announced the update via a blog post. "We're excited to announce that OneDrive sync for Windows on ARM and for Apple silicon is now available as a public preview", said the company.

To test the public preview versions of OneDrive sync, you need to join the company's Insiders ring and enable the preview by heading to OneDrive Settings > About. By selecting the Get pre-release Microsoft internal updates, a new option appears in the dialogue box Get the OneDrive app built for Apple silicon. The preview can be availed by tapping on Get ARM64 build.

There will be a waiting time to test out the OneDrive sync app as Microsoft says it will start rolling it out to the Insiders ring over the next few days.

Like Microsoft, other storage services including Dropbox and Google Drive are also working on measures to provide support for Apple's M1 Mac and Windows on ARM. Dropbox has reportedly revealed that it's testing its own native app. According to a report by 9to5Mac, Dropbox is currently testing an internal build for native Apple M1 support and it will go live in the first half of next year.

Similarly, Google has added full support for Apple M1 Mac to Google Drive for desktop in October this year.