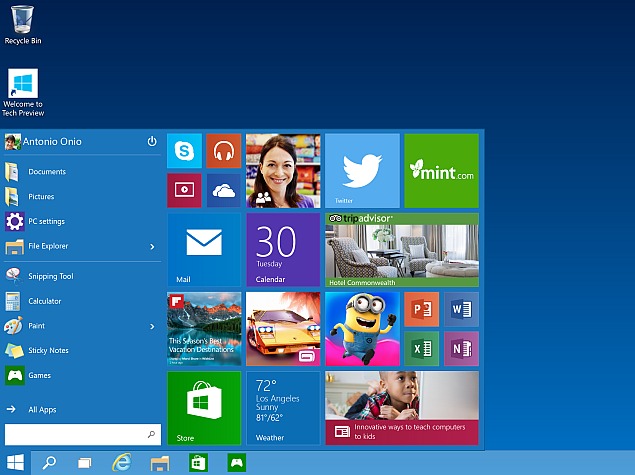 Microsoft Windows 10, which will be launched for PCs this summer, will be the Redmond-based tech firm's last Windows OS version, said Jerry Nixon, a Microsoft employee and developer evangelist, at the company's ongoing Ignite conference in Chicago.

Reiterating the company's "Windows as a service" philosophy, Nixon said the firm is planning no new OS version launches in the future. "Right now we're releasing Windows 10, and because Windows 10 is the last version of Windows, we're all still working on Windows 10," he added.

Nixon said Microsoft secretly made its base for Windows 10 when it launched Windows 8.1 last year, and that with Windows 10 it will be pushing out regular updates to the OS instead of introducing new versions.

Explaining how it would work, Nixon gave the example of how OS components, such as the Start Menu and the built-in apps, will be bifurcated and updated independently. Alongside, Microsoft revealed that Patch Tuesdays will be abolished, and the update cycle will be moved to a 24x7 one. Users could either opt-in for slow rollout, meaning receiving updates in bundles, or a fast rollout, where they would receive updates as soon as they are released.

"Recent comments at Ignite about Windows 10 are reflective of the way Windows will be delivered as a service bringing new innovations and updates in an ongoing manner, with continuous value for our consumer and business customers," confirmed a Microsoft spokesperson when approached by The Verge for confirming Nixon's comments. "We aren't speaking to future branding at this time, but customers can be confident Windows 10 will remain up-to-date and power a variety of devices from PCs to phones to Surface Hub to HoloLens and Xbox. We look forward to a long future of Windows innovations."

Microsoft is already said to have engineered apps like Xbox, Mail and even Office for regular monthly updates in Windows 10. The results will however will be reflected after a few months. The firm has also been testing the OS with Windows Insider participants in the form of different OS version builds both for PC/laptops and mobile devices.

It is worth mentioning that while Windows 10 is due to arrive for PCs by this summer, the OS will be released for mobiles, tablets, HoloLens, and the Xbox One at some point later this year.

When a Deal Isn't a Steal, How Do You Feel?
Google, Dominant in Search, Tries Disrupter Role in Wireless and Broadband