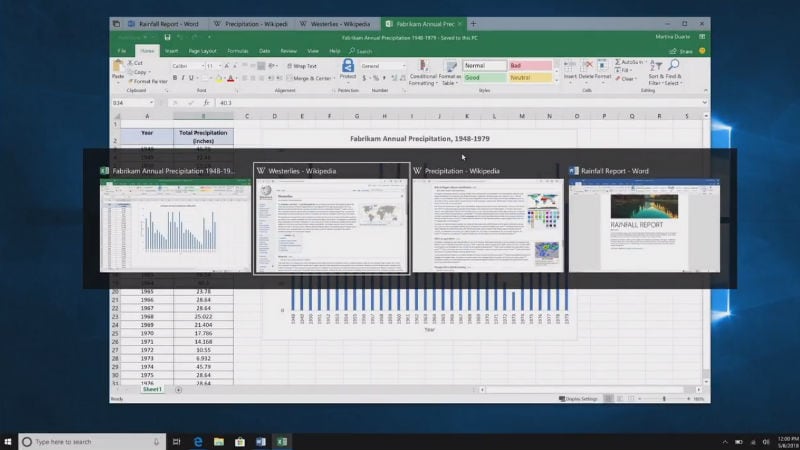 Microsoft, at Build 2018 keynote, announced the arrival of tabs to everything with another expansion of its Sets feature for Windows 10, which has yet to be released in a public build. The Timeline feature - which made it to the Windows 10 April 2018 Update - has also received an expansion. Sets will now feature browser tabs with you hit alt+tab, essentially bridging the gap between apps and websites. As before, users will be able to group projects together in a single window by particular tasks. Sets not only adds tabbed windows to each individual app, it is a universal tab system that spans across all apps on your PC as well as the Web. Separately, Timeline is getting Sets, allowing users to pick up entire workflows where they left off.

When you work on a computer, you usually have to work on Windows and your browser separately. There could be some apps running in the taskbar and several other tabs in the browser. At the Build conference keynote, Microsoft announced its beta program for Windows. In the next Insider Build, you will see tabs working on within the Edge browser when you press Alt+Tab. Sets was first previewed in a Windows Insider build back in December for apps such as Microsoft Office and Microsoft Edge, and received an expansion in March this year to include more apps.

With the new feature, Microsoft is experimenting with allowing Windows 10 users to switch between tabs within the Sets feature inside the Alt+Tab interface. The new feature means it will work for apps, browser tabs, and app tabs. However, there is no clarity on whether this feature applies to the browser tabs within a specific Set only, or if it will include all tabs in the browser. As we also mentioned, Timeline is getting Sets, allowing users to pick up entire workflows where they left off - for example, opening an old Set from a few weeks ago.

Microsoft will begin to test these Sets and Timeline changes with the next Windows Insider Preview, and it may or may not ship with the next major Windows 10 update. Meanwhile, Microsoft's Corporate Vice President of Operating Systems, Joe Belfiore said that the company will only ship its Sets feature once it is ready.