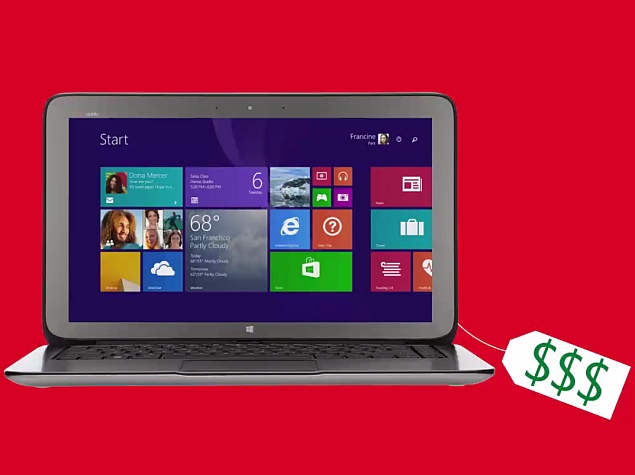 The news comes from Windows' official blog post by Brandon LeBlanc on Friday, who added that the new version will be debuted on low-cost PCs at Computex. To be noted, is that while users will be able to change the default search engine in Internet Explorer on Windows 8.1 with Bing, OEMs are bound to ship their products with Bing selected as default.

It has been also mentioned that tablets running Windows 8.1 with Bing would arrive with Microsoft Office (version not mentioned) or with one year subscription to Office 365.

It has not been mentioned how much cheaper than the regular version of the operating system will Windows 8.1 with Bing be for OEMs - but notably, Microsoft historically does not share pricing details of its operating systems for OEMs. It is being speculated that the version may be free, if not heavily reduced in pricing.

Microsoft thinks this step would lead to wider OS access across consumer and commercial sectors with the Office experience in an affordable price. Wider reach would lead to more apps and opportunities for the developers.

"The end result is that more people-across consumer and commercial-will have access to an even broader selection of new devices with all the awesomeness that Windows 8.1 provides, and get Office too, all at a really affordable price. Additionally, as reach expands, the opportunity for developers and their apps also increases," states LeBlanc on the blog.

LeBlanc added, "... we are [also] enabling our hardware partners to build lower cost devices with only 1GB of memory and 16GB of storage that provide customers with the fast and fluid experience they expect from a Windows device," while referring to the recently announced compressed version of Windows 8.1 with Update 1.