The Mi Notebook is seen to sport a traditional laptop design. 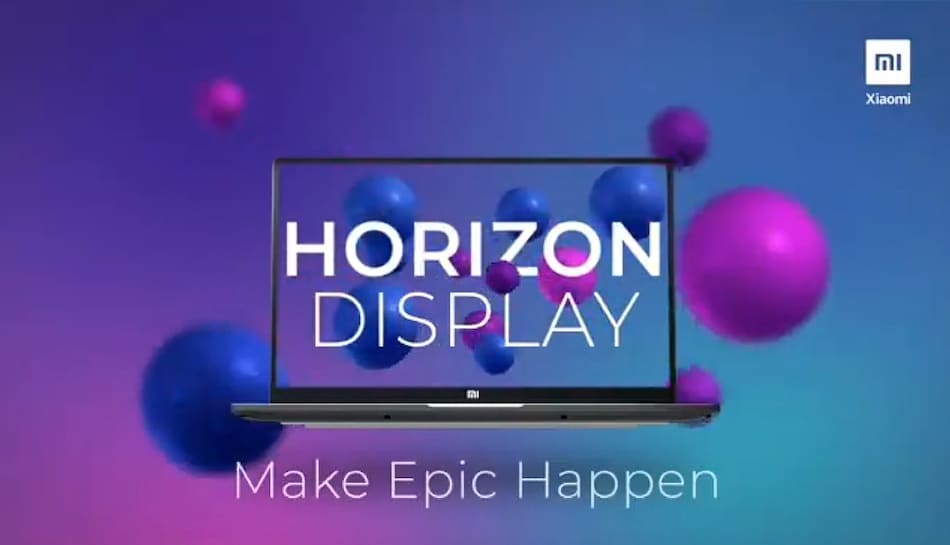 Mi Notebook is set to launch in India on June 11. The company has been teasing the arrival of the first Xiaomi laptop in India and the latest teaser suggests that the Mi Notebook has ‘one of the highest screen to body ratio' in the category. The video attached with the teaser showed the Mi Notebook with slim bezels and a large display. The Mi Notebook is said to be made exclusively for India, which means a pre-existing Chinese model will not be introduced, but a completely new MI Notebook model will be unveiled.

Xiaomi India head Manu Kumar Jain took to Twitter to tease the display of the upcoming Mi Notebook. He noted that the laptop has ‘one of the highest screen to body ratio you would have ever seen.' The video showed the laptop from all angles, and the bezels surrounding the display are rather slim. The bottom portion of the laptop display is the thickest and it houses the Mi logo. The keyboard portion of the Mi Notebook is not visible in the teaser. The Mi Notebook is seen to sport a traditional laptop design, and it doesn't seem to come with a 360 degree hinge or a detachable display either. Xiaomi is expected to price the upcoming Mi Notebook rather aggressively.

The Mi Notebook India launch event is set to begin at 12pm (noon) IST. The event will be held online across Xiaomi's social channels and Mi.com. Jain's tweet also noted that the Mi Notebook has been made especially for the Indian audience. The company looks to compete with top brands like HP, Apple, Dell, and Lenovo in the congested laptop market.

There are very little details regarding the Mi Notebook Indian variant for now. The laptop seen in the teasers, gives us a glimpse at the traditional design frame, but the internals and the technical details remain a mystery. Xiaomi is known to pack impressive hardware in its products and price it competitively. The Mi Notebook is expected to be treated in the same manner.