Mi Notebook: Xiaomi to Launch Its First Laptop in India on June 11 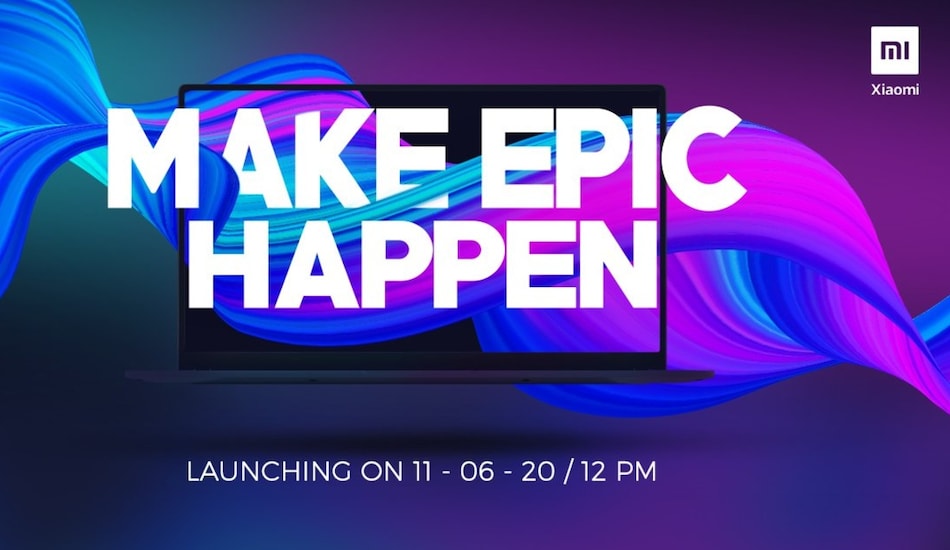 Mi Notebook model is made especially for the Indian audience

Mi Notebook is all set to launch in India on June 11, Xiaomi India chief Manu Kumar Jain confirmed on Monday. The executive claims that the laptop will be India-exclusive and has been made keeping the Indian customers in mind. This new Mi Notebook will mark as Xiaomi's entry into the laptop segment in India. Given Xiaomi's aggressive pricing strategy, the new Mi Notebook model should offer tough competition to rivals. The company looks to compete with top brands like HP, Apple, Dell, and Lenovo in the congested laptop market.

Jain has tweeted that the Mi Notebook is set to launch in India on June 11. In his tweet, Jain reveals that the laptop will make its global debut in India. This upcoming Mi Notebook model is exclusively made for the Indian consumers.

The teaser poster shared alongside reveals very little, but the display seems to have slim bezels. Details regarding the Mi Notebook are scarce at the moment, but the company should reveal more specifics in teasers in the run up to the launch. The launch event will kick off at 12pm (noon) IST and will be streamed across Xiaomi's social media platforms and Mi.com as well. As is the norm these days, the Mi Notebook launch event will be online-only.

While this will be Xiaomi's first foray into the laptop segment in India, the company has launched several laptops in China under the Mi and Redmi brands. This includes the Mi Gaming Laptop, Mi Notebook Air, and even the Mi Notebook Pro 15. However, none of these models are making its way to India as Jain has confirmed the new Mi Notebook model is exclusive for the Indian market.

Xiaomi was earlier speculated to launch its RedmiBook series in India as well, but Jain has just confirmed the arrival of the Mi Notebook model for now. To recall, the tech giant recently expanded its RedmiBook lineup in the Chinese market by launching the AMD Ryzen 4000 Series-powered RedmiBook 13, RedmiBook 14, and RedmiBook 16 models.