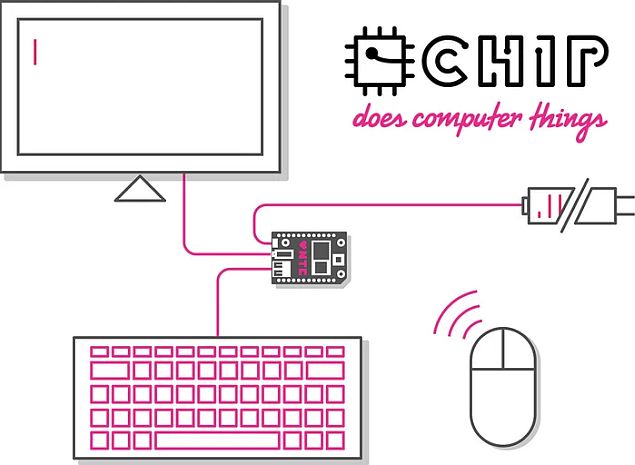 Next Thing, the company that launched OTTO (a hackable gif camera) last year, is now back on Kickstarter with its $9 (approximately Rs. 575) microcomputer, called Chip.

The Chip is an Open Hardware microcomputer of the type popularised by the Raspberry Pi, with a single circuit board the size of a credit card and no screen or keyboard; though it can be connected to a monitor and keyboard and put to use. The company touts that the Chip is the "world's first $9 computer". At the time of writing, the Kickstarter campaign of Next Thing had crossed the $50,000 (approximately Rs. 32 lakh) goal and was around $620,000 (approximately Rs. 4 crore) mark.

For a pledge of $9, backers will get the Chip microcomputer single circuit board and is expected to start shipping in December this year. Backers can opt for an optional VGA adaptor or HDMI adaptor by shelling out extra $19 and $25 respectively. Both optional adaptors are expected to start shipping in May next year. Importantly, the Chip unlike other similar microcomputers comes with Bluetooth and Wi-Fi connectivity built-in. 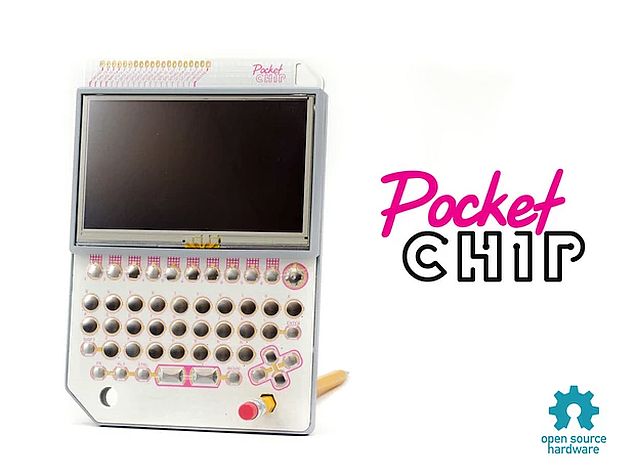 It's worth noting that Next Thing's plan is not just limited to the Chip and extends to the PocketChip (see above), which makes the single circuit board portable. It features a 4.3-inch (272x470 pixels) touchscreen with resistive touch; QWERTY keyboard; 5 hour battery backup with a 3000mAh battery, and sports a rugged injection molded shell. Backers will have to pledge for $49 to get the PocketChip, which is also expected to start shipping worldwide May next year.

Some of the key specifications of Chip microcomputer include 1GHz Allwinner 'R8' A13 processor; Mali-400 GPU; 512MB of RAM (DDR3); 4GB of built-in storage; a USB port; a Micro-USB port with OTG functionality support; a microphone jack that doubles as a composite video-out; Wi-Fi 802.11 b/g/n, and Bluetooth 4.0. The Chip also comes preloaded with various open source software including the LibreOffice, for working on documents; Chromium browser, to surf the web, and Scratch, a coding tool to learn the basics of programming by making stories, games, and animations. It is based on an open source operating system.

Explaining the motive behind Chip, Dave Rauchwerk, one of Next Thing's founders, told DIY publication Make, "The $9 becomes really interesting when lots of people can help make it awesome. We wanted to find a way to not only give everyone access to it but to give them the ability to participate in this process of developing it."

"Success for us is them seeing what we've done and being excited about it and backing it," Rauchwerk added.

Next Thing's Chip microcomputer is seen as a direct competitor to Raspberry Pi 2 Model B priced at $35, which was launched in February.