macOS 10.14 Mojave With Dark Mode, Desktop Stacks Released: How to Download and Install 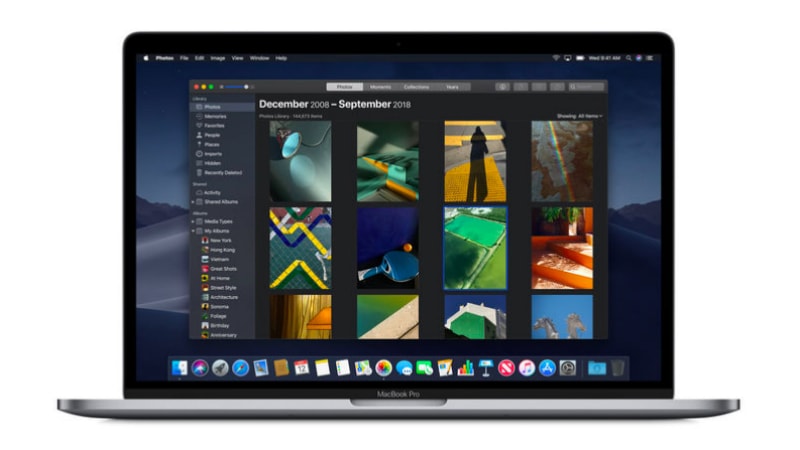 Apple on Monday released macOS Mojave version 10.14 for its range of iMac and MacBook devices, a launch date it had confirmed earlier this month. To recall, the update was first announced at the tech giant's annual Worldwide Developers Conference (WWDC) 2018 and brought new features such as a much-needed system-wide Dark Mode, Stacks, a revamped Mac App Store, a redesigned Finder, and new apps like Stocks, Voice Memos, and Home. The latest macOS Mojave update has a file size of about 5.7GB and is compatible with all Mac devices released in mid-2012 or later, as well as the Mac Pro models of 2010 and 2012, with recommended Metal-capable graphic cards.

The company's latest macOS Mojave is now available for download on the Mac App Store, under the Featured column. Alternatively, look for the latest macOS update from the Updates section. Users can simply click on the Download button to experience the latest software update. As per its changelog, macOS Mojave brings the new Dark Mode that claims to offer a comfortable experience when using the device in dark environments. The update also brings Dynamic Desktop that showcases an "ever-changing desktop picture".

Desktop Stacks is a major addition to macOS, as it brings the ability to the system to automatically identify and stack similar files into neat groups based on the file type. The files can also be organised using other file attributes such as dates and tags.

The Finder now gets large previews of apps in the new Gallery View. Users can also see full metadata for all file types in the Preview pane; and can use the new Quick Actions to rotate an image, create a PDF, and more. The Mac App Store now gets four new tabs - Discover, Create, Work, and Play - for users to search for more content. The App Store now also features curated videos, collections, and stories for a better preview of certain apps.

An exciting addition to the Apple ecosystem is Continuity Camera. Provided you are on the same Wi-Fi network and Apple ID, a photograph taken or document scanned on an iPhone can be accessed instantly on the Mac. On iTunes, users can now search for songs directly using lyrics, or start a personalised station of any artist's music. The app gets the new Friends Mix, a socially curated playlist including songs that your friends are listening to.

Safari gets the ability to block unwanted Like and Share buttons, comment widgets, and embedded content from tacking user data with the new Intelligent Tracking Prevention. The browser has been enhanced to increase your anonymity online.