macOS Big Sur Now Available: How to Download and Install

macOS Big Sur is available as a free download on Mac machines. 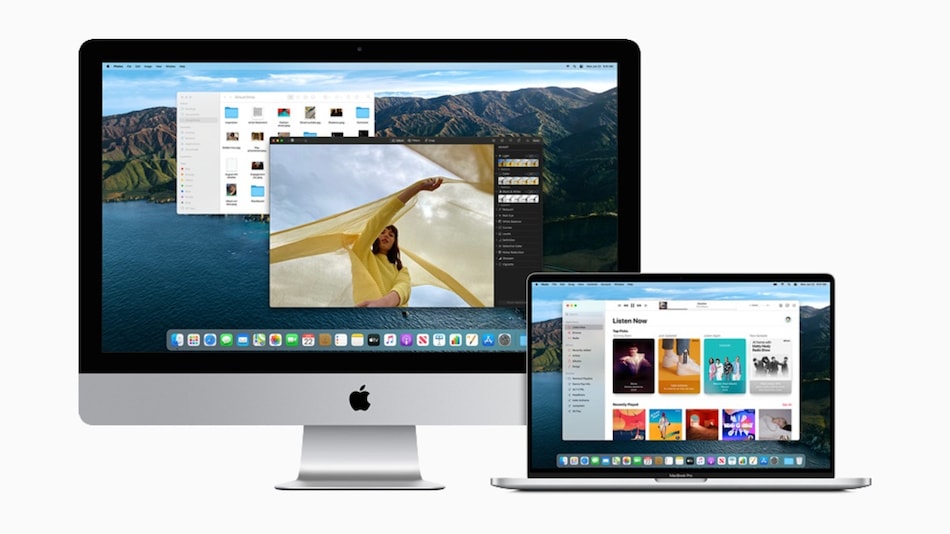 macOS Big Sur is now out. The new macOS update, which is the biggest one of 2020, brings a series of new features to Mac machines. It comes with an updated menu bar that is more translucent than ever and provides a wider display area. You'll also get full-height sidebars, redesigned Dock with updated app icons, and an updated Control Centre. All these changes make macOS 11 Big Sur a major refresh over the earlier macOS versions. Additionally, the macOS Big Sur update includes updates to preloaded Messages, Maps, and Safari apps. Apple has also provided enhancements specifically for the M1 chip.

Announced at WWDC 2020 in June, macOS Big Sur is now available to download and brings the updated menu bar that extends your desktop picture edge to edge and comes with the ability to hide buttons and controls when not in use. There is also the redesigned Dock that puts more emphasis on the desktop wallpaper by adding further transparency. The Dock additionally includes symmetrical app icons. Further, the macOS 11 Big Sur update brings the new Control Centre with customisations and an updated Notification Centre with redesigned notifications.

In addition to the new interface-level changes, macOS Big Sur comes with the upgraded Safari browser that offers not only extensive personalisation with customisable start page and iCloud Tabs but also improves performance with support for WebExtensions API and optimised power consumption.

macOS 11 Big Sur also set the pitch for the Apple silicon that was unveiled just earlier this week and is coming to the market through the new MacBook Air, MacBook Pro, and Mac mini next week. It comes with Universal app support for apps based on ARM architecture as well as includes Rosetta 2 translation tech for traditional, Intel x86-supporting apps. There is also support for running iOS and iPadOS apps. Moreover, the new macOS update brings new fonts for India, with 20 new document fonts and upgrades to 18 existing fonts.

Apple normally seeds macOS updates automatically. However, you can check for the macOS Big Sur update manually by going to System Preferences > Software Update after going into the Apple menu from the top-left corner of your screen. You can also find the update by visiting the About This Mac option from the Apple menu and then clicking the Software Update button. Alternatively, you can download macOS Big Sur directly from the Mac App Store.

It is recommended to back up your data and free up some space before beginning the update process.