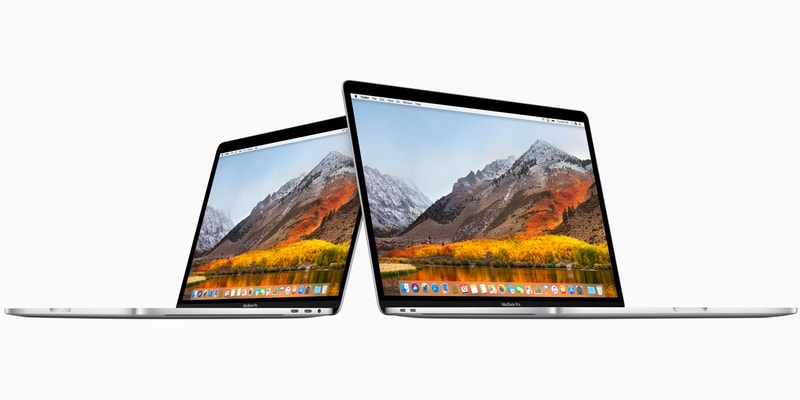 Apple's MacBook Pro models that debuted after October 2016 are facing uneven lighting issues at the bottom of the screen for some users. This new problem, dubbed 'flexgate', appears to arise due to the flexible ribbon cables connecting the display with a controller board. The cables in question are considered to be prone to fatigue and failure - resulting in a "stage light" effect on the MacBook Pro models. The latest controversy emerges months after a CPU throttling issue spotted on Intel Core i9-powered MacBook Pro 2018 models that got fixed with the macOS High Sierra 10.13.6 Supplemental Update. The butterfly keyboards of the earlier MacBook Pro models also gained criticism in the past.

The flexible ribbon cables that connect the display of the MacBook Pro since the models debuted back in October 2016 are subjected to the stress with every opening and closure of the lid, as explained by iFixit. This causes the cables to fatigue and tear over time and ultimately produce the symptoms of stage light - uneven backlighting from the display panel. The more stress on the cables is likely to even cause the display panel to completely fail to work if the lid is opened more than halfway.

"Apple opted for thin, fragile flex cables as opposed to the beefier wire cables used in previous designs that could be routed through the hinge instead of wrapped around it, helping mitigate the stress of repeated openings and closings," writes iFixit technical writer Taylor Dixon in a blog post.

Apple has also integrated the cables into the display panel of the new MacBook Pro models to make them slim and lightweight. However, iFixit noted that this has led to pushing affected users to get the whole display replaced instead of changing the cables to resolve the 'flexgate' issue.

The latest problem appears to impact all the MacBook Pro models - starting from the 2016 family to the latest MacBook Pro (2018) versions. However, it is unclear whether there might be any instances of similar issues on the new MacBook Air models as they have a different display setup, albeit with a similar vulnerability of cables wrap over their display board and integrated within the screen.

We've written to Apple for clarity on the 'flexgate' issue, but we couldn't elicit a response until the time of publication. We'll update the story if we hear back from the company.

Meanwhile, an affected user has started a petition asking Apple to bring an extended warranty programme to address the issue.

Older MacBook Pro and MacBook models previously came in the controversy of having butterfly keyboards that had a sticky key issue. Apple in July last year acknowledged the problem and launched a service programme to offer free keyboard repairs to affected users and give a refund to the users who already paid for the repair.