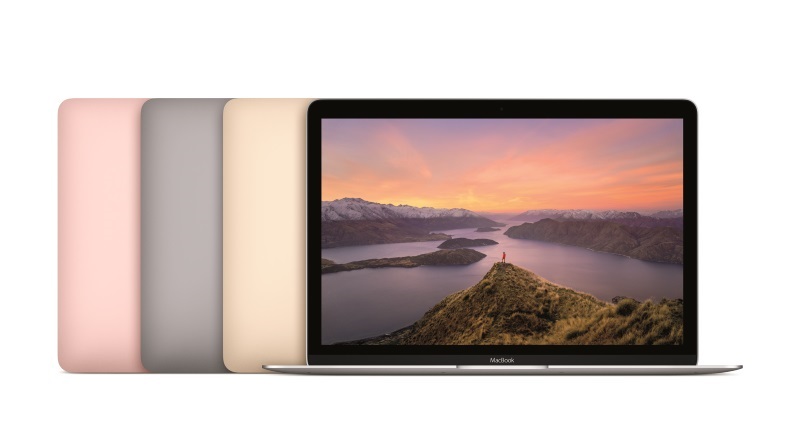 Apple has quietly rolled out a new version of its tiny 12-inch MacBook,bringing its internals up to date but otherwise leaving the basic formula untouched. The MacBook now uses new Core M CPUs based on Intel's sixth-generation Skylake architecture. Both CPU and graphics performance should see a nice boost, but Apple is also touting the new model's improved battery life, which now goes up to a claimed 10 hours of Web surfing or 11 hours of video playback.

The MacBook also gets slightly faster RAM and PCIe-based flash storage, which should result in quicker booting and load times. However, the most noticeable change to the lineup is a new colour option - predictably, the MacBook joins current-generation iPads and iPhones, and is now also available in Rose Gold.

The MacBook still starts at Rs. 1,06,900 ($1,299 in the US) and features the same 2304x1440-pixel Retina display as the original model. For that price, you get a 1.1GHz Core m3 CPU with integrated Intel HD 515 graphics, 8GB of RAM, and 256GB of storage. You can step up to a model with a 1.2GHz Core m5 CPU and 512GB of storage at Rs. 1,29,900 ($1599 in the US), or custom order either variant with a 1.3GHz Core m7 for an additional charge. Surprisingly, Apple has not taken the opportunity to add Thunderbolt 3 functionality, leaving the new MacBook with the same single USB Type-C port that was one of its defining features.

The notebook is 35mm thick at its thinnest point and weighs just 920g. Apple developed a new kind of keyboard switch mechanism and a touch-sensitive trackpad to enable this thinness. It is also famously devoid of ports and impossible to upgrade.

Apple also today made a slight tweak to its MacBook Air line: the 13-inch model now comes with 8GB of RAM by default at the same starting price of $999. Apple's former ultraportable is now its budget option, but going from 4GB to 8GB of RAM used to be a $100 upgrade. The 11-inch model has not been changed, with 4GB still the base spec.

Apple is rumoured to be planning an overhaul of its entire MacBook lineup later this year, with ultra-thin new 13-inch and 15-inch models presumbaly replacing the existing MacBook Air or MacBook Pro models.