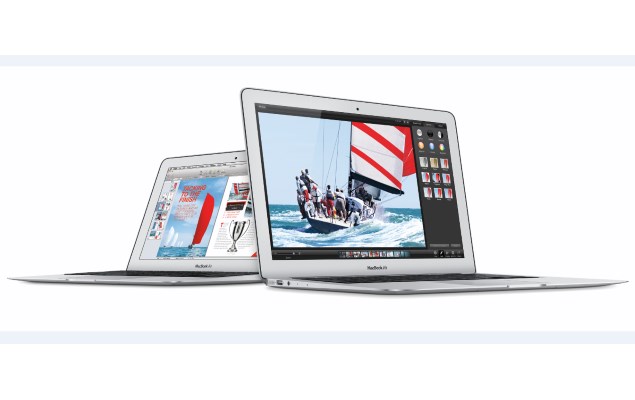 When Apple took the wraps off its all-new ultraportable MacBook at an event in San Francisco yesterday, it also announced a slew of updates to its existing MacBook Air and MacBook Pro portfolio. Both lines continue to exist alongside the newly announced MacBook model.

Apple's new 11-inch and 13-inch MacBook Air models have been upgraded with new fifth-generation Intel Core processors with integrated HD 6000 graphics, as well as Thunderbolt 2 connectivity which doubles the peak theoretical throughput from 10Gbps to 20Gbps. The 13-inch model also gets faster a PCIe-based solid-state drive. Apple received criticism last year when tests indicated that the MacBook Air models it had just launched had slower SSDs than the ones they replaced.

The 13-inch MacBook Pro with Retina display receives slightly more significant upgrades. In addition to new fifth-generation processors, the model gains the same Force Touch trackpad with haptic feedback and pressure-sensitive gestures that Apple developed for the new MacBook. SSD speed has also increased, and Apple further states that battery life has been improved as well.