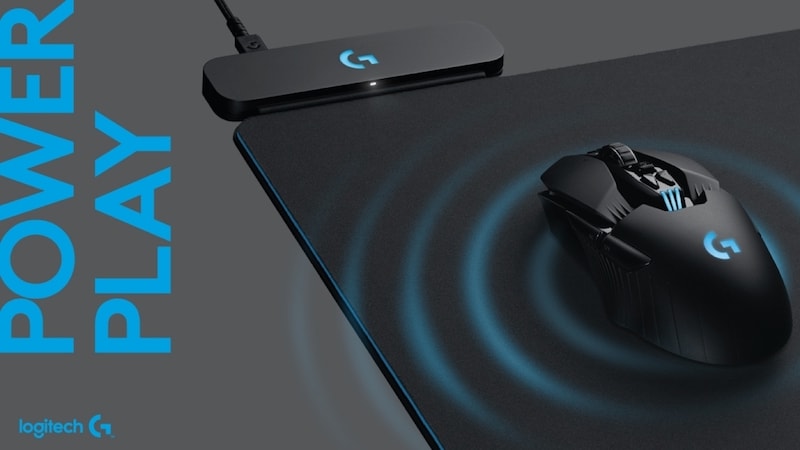 While we've been distracted by the benefits of wireless charging technology for smartphones, Logitech has found a very practical use for it in the form of a mousepad. The Logitech G Powerplay is the world's first wireless charging system for gaming mice, which is being launched alongside two new flagship gaming mice Logitech G903 and G703. The Logitech Powerplay is priced around $100 (roughly Rs. 6,433) and will be available some time in August, while the Logitech G903 and G703 wireless gaming mice are priced at $150 (roughly Rs. 9,650) and $100, respectively and will be available in June. India pricing and availability are yet to be known.

Logitech G, a brand of Logitech, says that Powerplay is a departure from existing wireless charging standards and is designed to deliver uninterrupted charging over surface of the mousepad, which essentially means your wireless mouse will constantly be charged when in use. The wireless charging system uses an application of electromagnetic resonance that creates an energy field on the surface of the 275x320mm mousepad. Notably, the company also says that this will not hamper or cause any interference with the mouse's functionality.

The new Powerplay mousepad is accompanied with two new wireless gaming mice, Logitech G903 and G703. Logitech says the mice come equipped with PMW3366 optical sensor which has zero smoothing, filtering or acceleration across the entire DPI range (200-12,000 DPI) for accurate tracking and consistent responsiveness, even at speeds over 400 IPS.

In terms of looks, the mice have a pretty intimidating body design with advanced mechanical button tensioning that give the left and right mouse buttons a good feel, response and consistency. The buttons are also more durable with up to 50 million click switches. Despite its solid feel, the mice have been designed to give a perfect grip, with rubber grips on either sides for greater control. Gamers can assign the buttons with custom game commands using Logitech Gaming Software (LGS).

Lastly, at the heart of both the Powerplay mousepad and the gaming mice is Logitech G's Lightspeed wireless technology that delivers competition-level responsiveness at speeds faster than many competitive wired gaming mice.