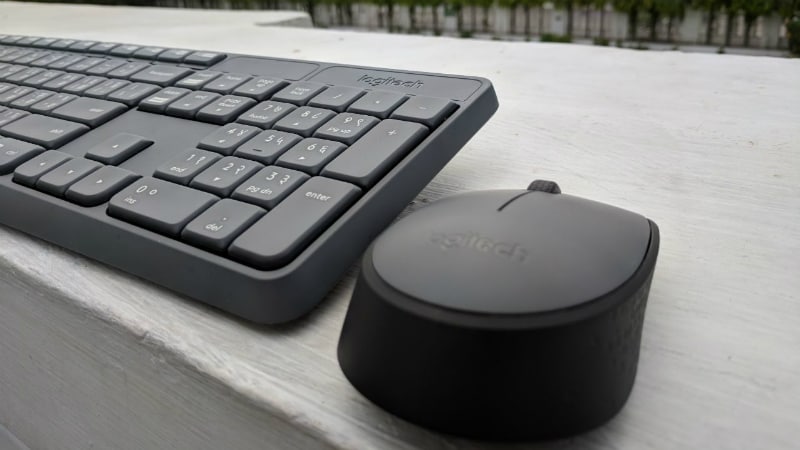 Computer and mobiles accessories maker Logitech on Friday announced the launch of the latest Logitech K120 wired and Logitech MK235 wireless Hindi-based keyboards in India as part of the company's Digi@भारत campaign. With this launch, Logitech says it aims to reach 40 crore Hindi speakers in the country and help reduce the digital divide under the Indian's government's Digital India initiative.

As for pricing and availability, the Devanagari Logitech K120 is priced at Rs. 695 and comes with a three-year warranty. On the other hand, the Devanagari Logitech MK235's wireless combo (including mouse) bears a price tag of Rs. 1,995 and comes with a 1-year warranty. Both the wired keyboard and wireless keyboard-mouse combo will be made available on Amazon.in starting April 15.

Speaking on the occasion, Dinesh Sharma, Deputy Chief Minister, Uttar Pradesh expressed, "The objective of the 'Digital India' is to come out with innovative ideas and practical solutions to transform our nation and to create opportunities for all citizens by harnessing digital technologies. Our vision is to empower every citizen with access to digital services, knowledge and information. I congratulate Logitech on starting the Digi@भारत campaign from Uttar Pradesh and hope that this initiative will help in empowering the Indian citizens with access to digital services."

Commenting on the new launch, Sumanta Datta, Managing Director, India and SWA, Logitech Asia Pacific said, "We are proud and honoured to initiate Digi@भारत campaign and taking ahead the Digital India mission, which will help bridge the digital divide in the country. At Logitech, we strongly believe that language should not be a barrier in the use and adoption of latest technology. Our objective is to promote local language as powerful medium for the consumers to interact and engage in their preferred choice of language. We are proud to launch the new Logitech MK235 Wireless Devanagari Keyboard Combo, as well as wired Devanagari keyboard K120 to cater to the unique needs of Indian consumers across multiple markets. We believe that by adding the ability to select languages in their keyboard, we will further help break down the wide language gap and allow millions of new adopters to join the Digital India movement."