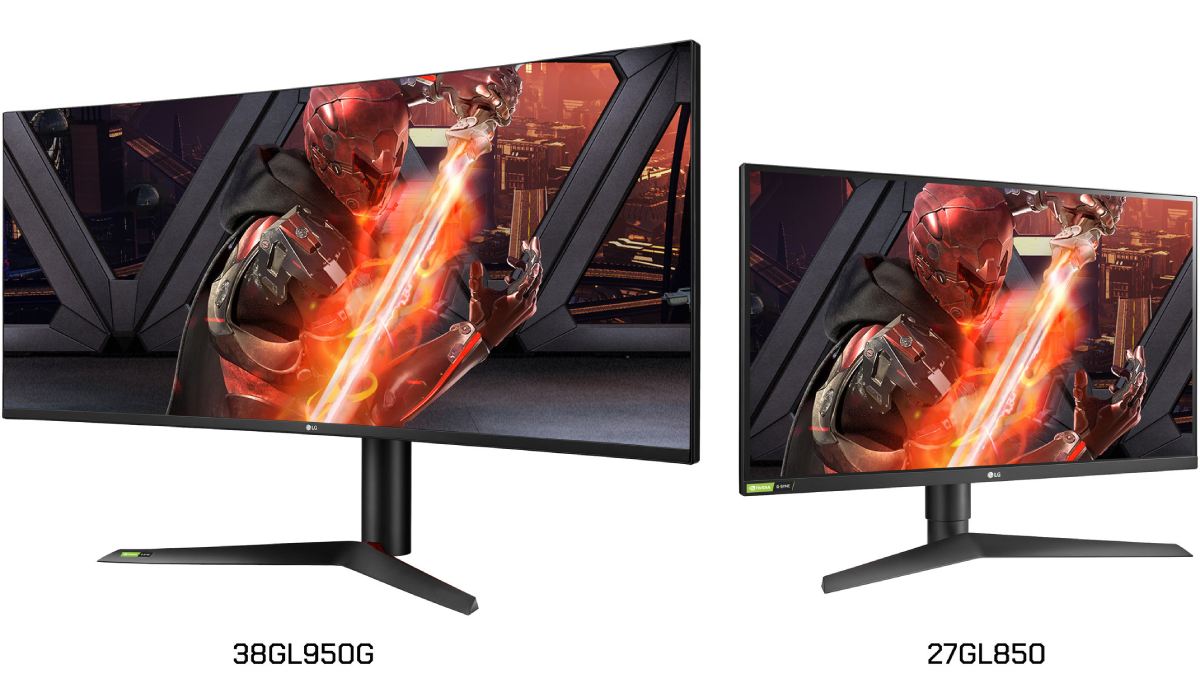 LG has unveiled two new monitors in its UltraGear series, which it says are the first 1ms Nano-IPS Nvidia G-Sync monitors in the world. Two models have been launched, the 27-inch 27GL850, with a 144Hz maximum refresh rate, and the 37.5-inch 38GL950G, which has an overclocked maximum refresh rate of 175Hz. LG calls these monitors "a gamer's dream come true" because of their ability to reproduce 98 percent of the DCI-P3 colour space and 135 percent of the sRGB colour space, as well as their ultra-fast 1ms grey-to-grey response time. The company promises the most immersive gaming experience yet.

Both monitor models support Nvidia's G-Sync variable refresh rate technology. The 37.5-inch 38GL950G model features a curved screen with a 21:9 aspect ratio and resolution of 3840x1600 (UWQHD+) and 450nits typical brightness. It is compliant with the Vesa DisplayHDR 400 specification. LG boasts of a virtually borderless design and 144Hz refresh rate that can be overclocked to a maximum of 175Hz. An array of RGB LED lights called Sphere Lighting 2.0 on the rear can be set to project colour matching what's on the screen or in-game sounds, to create an immersive ambience.

The flat 27-inch 27GL850 model supports HDR10 and AMD FreeSync (Vesa Adaptive Sync), and is validated by Nvidia for the G-Sync Compatible specification. It has a resolution of 2560x1440 (QHD), with a typical brightness of 350nits. LG says it is free from flickering and artefacts. It is "virtually borderless" on three sides and its stand allows tilt, swivel, and height adjustment. It can reproduce the same 98 percent DCI-P3 and 135 percent sRGB colour spaces as its bigger sibling. It does not have the Sphere Lighting 2.0 feature.

LG says these are the world's first 1ms grey-to-grey IPS displays, without sacrificing any performance to achieve this speed. The 38GL950G has one HDMI and one DisplayPort input each, while the 27GL850 has two HDMI ports and one DisplayPort. Both models feature USB 3.0 hubs with two downstream ports.