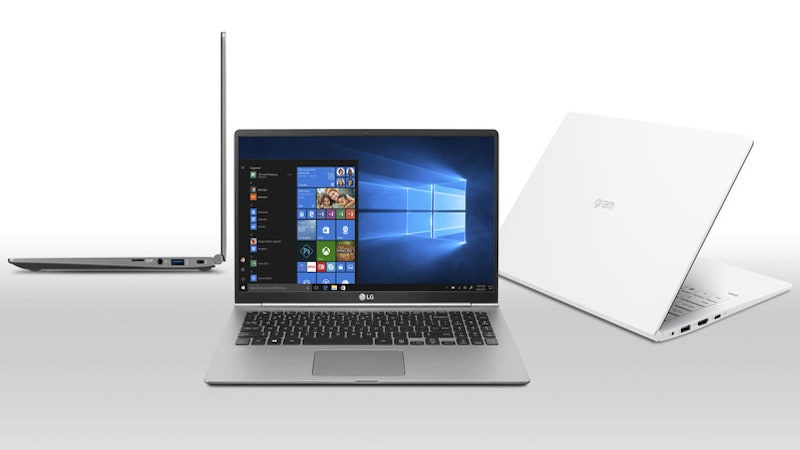 LG Electronics on Thursday unveiled its latest LG Gram laptops, and announced they will be officially released at CES 2018 next month. The new variants are based on Windows 10 and come with a 72Wh battery that LG claims can last an entire day on a single full charge.

The new LG Gram laptops come in 13.3-inch, 14-inch, and 15-inch display size variants. The notebooks are powered by 8th generation Intel Core i7 and Core i5 processors and will have SSD storage with an optional secondary SSD storage slot. The entire list of specifications for the LG Gram laptops is currently unavailable; more information will be revealed at CES 2018. LG claims that users will be able boost work efficiency as high as 40 percent while booting time will be under 10 seconds.

The notebooks have passed all seven MIL-STD 810G durability tests due to the Nano Carbon Magnesium full metal alloy body that is employed on the outer shell. LG Electronics claims that these laptops are 20 percent more durable compared to traditional magnesium products.

LG's new Gram series of laptops come with a backlit keyboard, a precision touchpad, touchscreen, and a fingerprint sensor. The notebooks also come with Thunderbolt 3 support and are equipped with DTS Headphone X technology, which provides multi-channel sound of up to 11.1 channels for 1.5W hi-fi surround sound.

Samsung recently announced the launch of its upgraded Notebook 9 range of laptops.