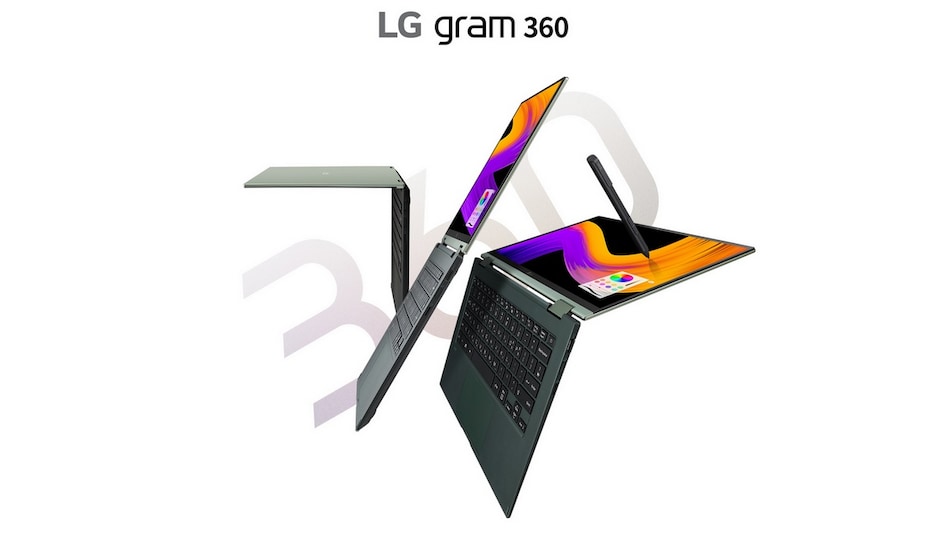 LG Gram 360 has launched in the company's home market of South Korea as the latest entrant into its popular Gram series of laptops. LG Gram 360 comes in two screen sizes – 14-inch and 16-inch, retaining the build quality of series. As the name suggests, the screen of LG Gram 360 can flip all the way to the back, allowing you to use the laptop in multiple modes such as tent mode and tablet mode. It is powered by the latest Intel Tiger Lake CPUs and comes with Windows 10 Home pre-installed.

The audio is handled by two 2W speakers that support HD Audio and DTS:X Ultra. The keyboard is backlit and the touch pad supports Windows gestures. For connectivity, LG Gram 360 comes with Wi-Fi 6, Gigabit Ethernet, headphone jack, a USB 3.1 port, and two USB Type-C ports (PD, Thunderbolt 4). You get an HD webcam on both models and a fingerprint reader. The 14-inch model is backed by a 72Whr battery while the 16-inch model is backed by an 80Whr battery.