The refreshed Lenovo Yoga AIO 7 will be sold in select markets except for North America. 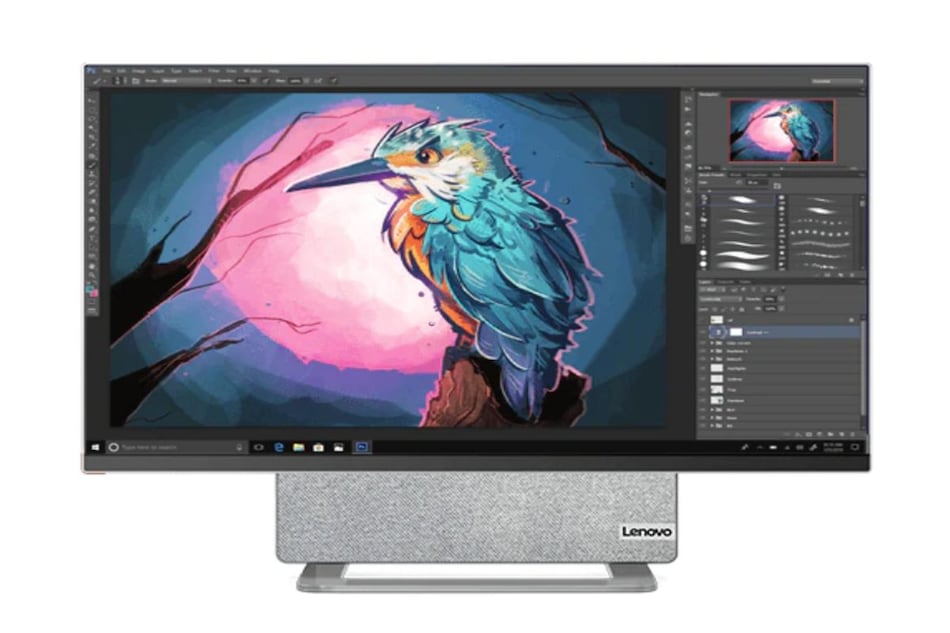 Lenovo has updated the Yoga AIO 7 — the 27-inch all-in-one desktop PC with a screen rotatable screen — with new processors. The tech company has said that the refreshed AIO will be sold in select markets except for North America. The pricing details of the updated desktop PC have not been revealed by the company. Lenovo launched the Yoga AIO 7 for a premium computing experience on a workstation desktop in January last year.

The Lenovo Yoga AIO 7 was launched in January 2021 with the AMD Ryzen 7 4800H processor, along with Nvidia GeForce RTX 2060 GPU. The refreshed desktop will be powered by AMD's Ryzen 6000 processors with optional AMD Radeon RX 6600M graphics. The company is yet to reveal the price of the updated Yoga AIO 7. The desktop was priced at $1,599 (roughly Rs. 1,17,300) at the time of its launch.

Users will be able to augment the audio and screen size by plugging it into the Yoga AIO 7's Type-C port and wirelessly cast their smartphone screens to the Lenovo Yoga AIO 7. The PC sports a detachable 5M IR camera.