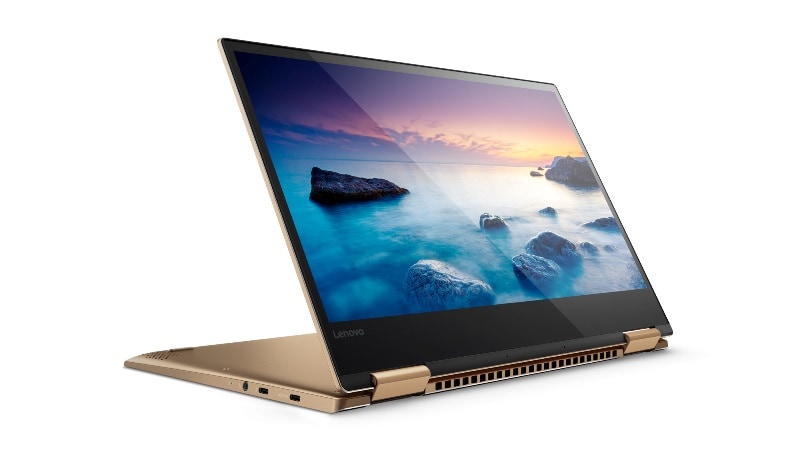 Lenovo has launched its new Yoga 720 and Yoga 520 laptops with up to seventh-generation Intel processors and its Lenovo Miix 320 detachable (which doubles as a laptop) at MWC 2017 in Barcelona. The Yoga 720 will be available in 13-inch and 15-inch screen variants while the Yoga 520 convertible laptop will be made available with 14-inch and 15-inch screen variants. Notably, both Yoga 720 and Yoga 520 laptops will be available with up to 4K resolution display option. The company also launched its Tab 4 series of Android tablets.

As the name Yoga might suggest, the laptops come with a 360-degree hinge that allows users use Yoga 720 and Yoga 520 in tablet, tent, and regular modes according to their requirement.

The Yoga 520 convertible laptop, which comes in two screen size variants, will be made available with up to full-HD screen resolution in 14-inch variants while up to 4K display resolution in 15-inch variants. The Yoga 520 laptop will be made available with up to 16GB of RAM and up to 1TB of HDD storage or 512GB of SSD storage. The connectivity options on the laptop include USB Type-C, HDMI port, audio jack, and 4-in-1 card reader.

Coming finally to company's Miix 320 detachable - known as the Flex 5 in the US, the laptop comes with a 10.1-inch full-HD (1080x1920 pixels) display. The device is powered by an Intel Atom X5 processor and features Intel HD graphics. The Miix 320 packs up to 4GB of RAM and comes with up to 128GB of eMMC storage. It offers up to 10 hours of battery life, as per company's claims. The device is 17.5mm thin and weighs 1.02kg.