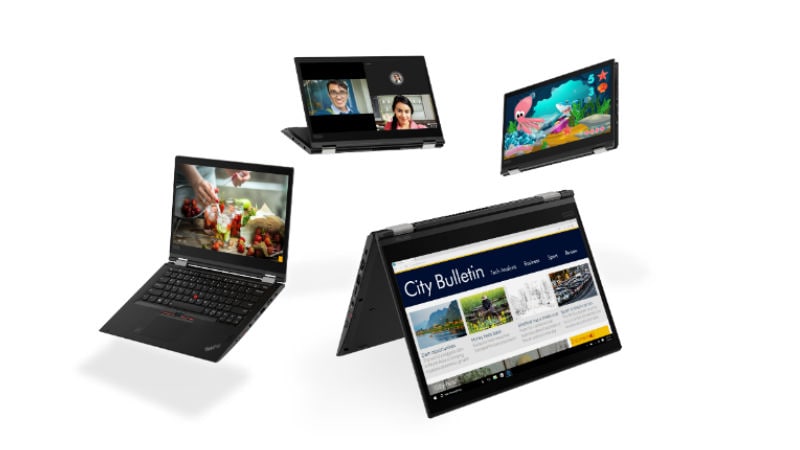 Lenovo has unveiled the 2018 variants of its ThinkPad laptop series ahead of the CES 2018 event in Las Vegas. Lenovo has introduced the updates in the ThinkPad X, ThinkPad T, and ThinkPad L laptop series. Some of the most striking new features include the 8th-generation Intel Core processors and the USB Type-C power adapters.

Alongside the laptops, Lenovo also released a new 2-in-1 PC called the Lenovo Tablet 10. It is powered by an Intel Celeron N Series processor, features a fingerprint reader and discrete Trusted Platform Module for business-class protection, apart from an integrated rechargeable pen, and up to 9 hours of battery life. The 2-in-1 will be available from January 2018, but pricing and availability have not yet been detailed.