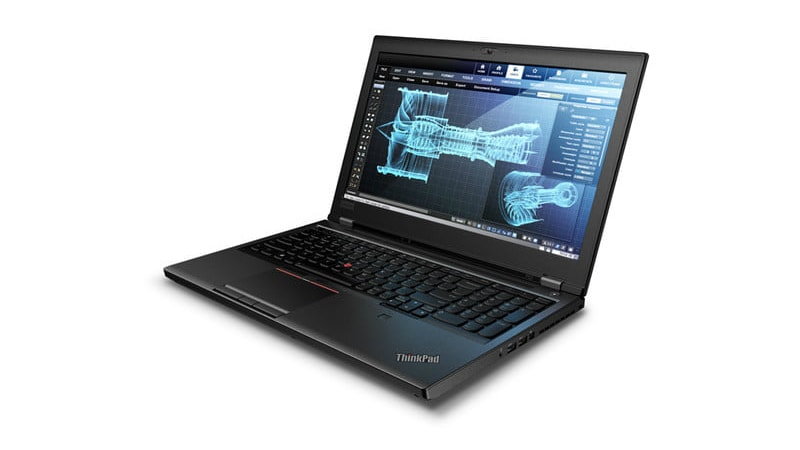 At the NXT BLD conference, Lenovo has announced the ThinkPad P52 - a 15.6-inch laptop with VR-ready features and killer specifications. Key specifications include up to an 8th Gen Intel Xeon hexa-core processor, an Nvidia Quadro P3200 GPU, along with up to 6TB of storage, and up to 128GB of RAM. These specs make the Lenovo Thinkpad P52 an ideal mobile workstation for all those developers who need a monster device to create VR-related or 3D content on the go. Lenovo hasn't revealed the pricing as of yet, but it plans to make it available later this month.

The Lenovo ThinkPad P52 sports a 15.6-inch 4K/UHD 400 nits touchscreen display; however, there is an option for 1920x1080 pixel, 300 nits display with 72 percent NTSC as well, reports Digital Trends. As mentioned, it is powered by up to 8th Gen Intel Xeon hexa-core processor paired with up to Nvidia Quadro P3200 GPU. Support for up to 128GB DDR4 (depends on combination of ECC vs. non-ECC) is included, and storage offered is up to 6TB.

While the ThinkPad P52 is a powerhouse on paper, design wise it sports a basic black body and has a functional design that is seen on all ThinkPad P series laptops. Ports include three USB 3.1 Type-A, two USB-C/Thunderbolt, one HDMI 2.0, one mini DisplayPort 1.4, and a SD card reader. Connectivity options include Gigabit Ethernet, Wi-Fi 802.11ac, Bluetooth 5, optional Cat 9 4G LTE, The dimensions of the Lenovo ThinkPad P52 are at 377x252x25mm, and the laptop is hefty starting at 2.5 kilograms.

Lenovo will provide a choice of five operating system options for developing needs: Windows 10 Pro for Workstations, Windows 10 Pro, Windows 10 Home, Ubuntu, or Red Hat Linux. Lenovo Vantage and a trial of Microsoft Office 2016 will be pre-loaded. The ThinkPad P52 comes with an infrared camera for facial recognition in Windows Hello, and an additional 720p webcam as well.