Lenovo Thinkpad TrackPoint Keyboard II is the successor to the original Thinkpad Compact Keyboard with TrackPoint. 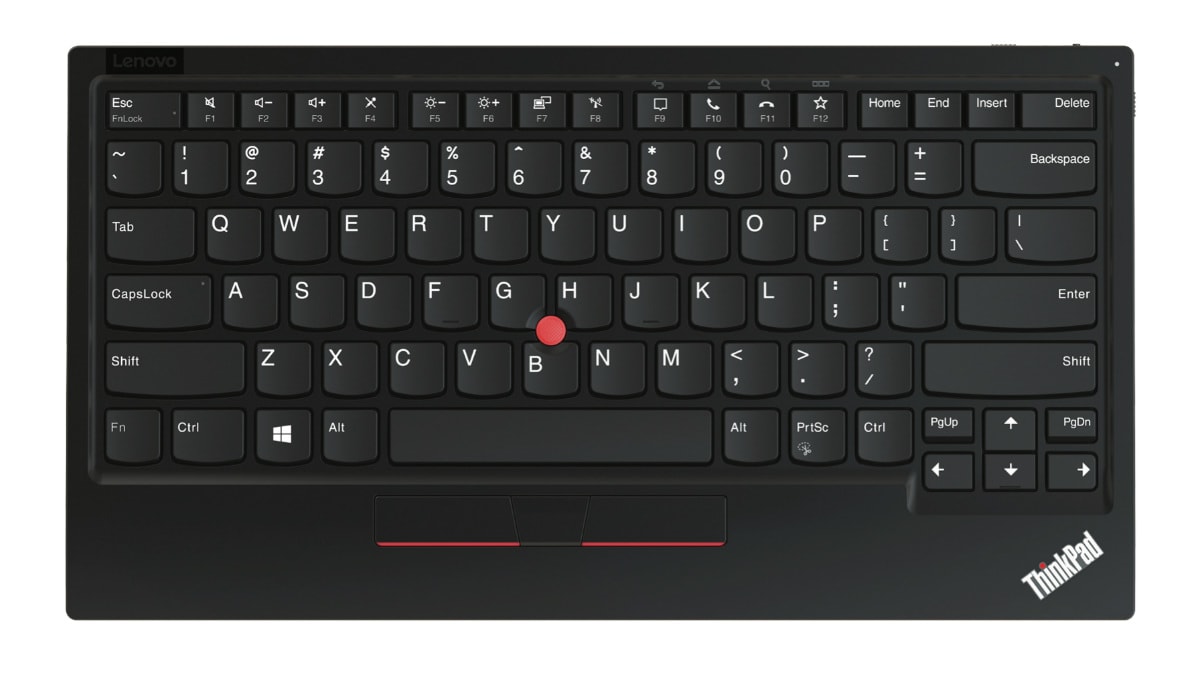 Lenovo has announced the launch of its ThinkPad TrackPoint Keyboard II. This new standalone wireless keyboard is the successor to the original ThinkPad Compact Keyboard with TrackPoint and is still a compact yet full-size ThinkPad keyboard. To be honest both the keyboards do look quite similar. But apart from the visual similarities, Lenovo has made many small but much-needed modifications to the original keyboard design. The new Lenovo ThinkPad TrackPoint Keyboard II is expected to become available worldwide starting May 2020.

The ThinkPad TrackPoint Keyboard II features the same keycaps, typing distance, actuation force, scissor switches, tactile feedback, and mouse-free TrackPoint as the ThinkPad notebooks, but repackages it in a compact form with next-level technology such as 6-point entry for the visually challenged. Moreover, just like the latest generation ThinkPad keyboard design, the function keys are grouped on the latest ThinkPad TrackPoint II.

For connectivity, the new keyboard uses Bluetooth 5.0 or 2.4GHz Wireless via Nano USB Type-A Receiver along with support for Microsoft Swift Pair, which allows users to quickly switch between two connected devices, whether they're running Android or Windows. Apart from this, the ThinkPad TrackPoint Keyboard II charges via a USB Type-C port. Lenovo claims that this keyboard can last up to two months on a single charge. Additionally, just 15 minutes of charging can deliver up to a week of battery life.

The Lenovo ThinkPad TrackPoint Keyboard II supports Windows 10, Windows 7 and Android 9 operating systems. As we mentioned above, this new Lenovo keyboard can be expected to launch in May 2020 at a price of $99 (roughly Rs. 7,200).