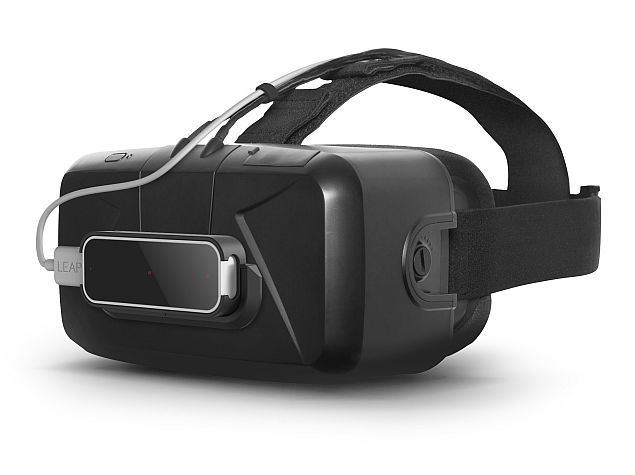 While the Oculus Rift seems to be setting the stage to bring virtual reality to the mainstream, there are still some roadblocks along the way, and one of those is that even relatively powerful laptops struggle to handle the processing load required. Even if you have a powerful machine, one of the things that really breaks the immersion is the fact that you require a controller - either a gamepad, or the keyboard and mouse, to actually interact with the virtual world.

Gesture detection, tracking your movements and translating them into in-game actions seems like it could be the best way to fully immerse someone in virtual reality, and the Leap Motion sensor might be a smooth workaround which doesn't require accessories like most of the other options we've seen so far.

Leap Motion launched its sensor, the Leap, in 2012 - the small sensor is the size of a 3G dongle, and can be placed under your computer's screen. It tracks movements in a small area and can accurately track all your fingers, which means it can be used with a great degree of accuracy to bring gesture driven controls to the PC.

The problem with this is that it is often faster and easier to press keys or use your mouse, than to use gestures, and the device isn't very practical for day to day computer use.

However, Leap Motion has now announced a sensor mount that can be connected to a virtual reality headset like the Oculus Rift. Its sensor field will cover the area that the user is looking at, and in that space, it can accurately track hand movements, of all five individual fingers.

You can see a video demonstrating how the Leap could be used below:

The field of view is actually a little larger than that of the Rift, which means that your actions should easily be picked up and tracked. Also, according to the company, the experience has near-zero latency. This is very important if it is to be successfully used in virtual reality applications. As the Rift has proven, latency (put very simply, the time taken between taking an action, and seeing it on the screen) is critical to immersion, and a little extra latency can leave people feeling nauseous.

The company is now selling a $19.99 mount which is a 2-piece plastic mount and a 36-inch USB cable that can be connected to the USB port on top of the Oculus Rift. According to Leap Motion, the mount is compatible with the Oculus Rift DK1 and Oculus Rift DK2 both. The Leap itself continues to retail for $99.99.

Apart from hand tracking, the Leap can also track tools when inside the device's field of view - imagine, for example, a Harry Potter game where you hold a wand, or added verisimilitude.

While Leap Motion has now officially released this mount, various developers have experimented with using the Leap for the Oculus Rift already. One interesting project even shows how it can be used to create a virtual keyboard inside the Rift.

Given reports that Oculus might also be working on its own motion controller, the Leap Motion might get crowded out by an "official" Oculus accessory, but as of now at least, it looks like the best choice out there.