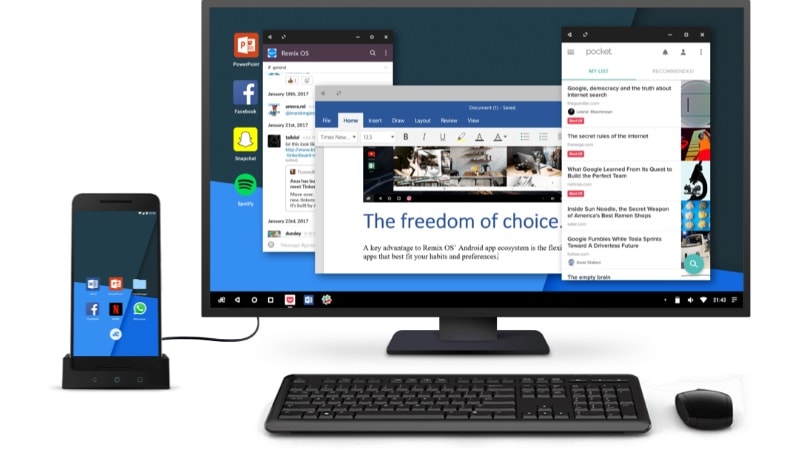 Jide Technology on Tuesday announced that the company has decided to discontinue its Android-based Remix OS and that it will be "transitioning away" from consumer space. For those who are unaware, Remix OS is essentially a customised form of Android for the desktop form factor that was launched in January last year.

In a note from Jide, the company says that it has received a large number of queries from enterprises in various industries in the last one year and the company can help these enterprises build "great tools" by leveraging its software and hardware.

"We see huge potential in the role that Jide can play to revolutionize how these businesses operate. And given our existing resources, we decided to focus our company efforts solely on the enterprise space moving forward," it said.

Jide says that it is restructuring its approach to Remix OS and as a result, the development on all existing products like Remix OS and other products in pipeline such as Remix IO and IO+ will be discontinued, as per the company. However, the company has clarified that all the backers for Remix IO and IO+ through KickStarter will be refunded. "In addition any purchases made via our online store that has remained unfulfilled will also be fully refunded. This requires no action from you as we will begin issuing refunds starting August 15th," Jide said.

To recall, Jide launched its Remix Ultratablet back in 2014 and followed it up with its Android PC - Remix Mini and subsequently launched Remix OS for PC.