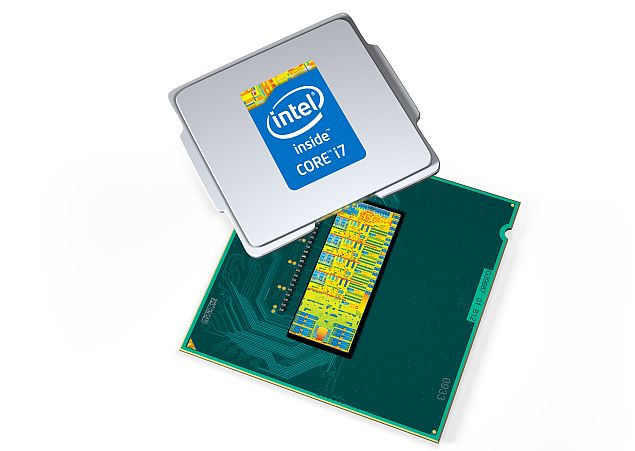 Intel has released new fourth generation Intel Core processors (Haswell) at Computex in Taipei, through which it's targeting PC/ tablet hybrids and Ultrabooks.

The processors designed primarily for Ultrabooks, are based on the company's flagship 22nm Haswell micro-architecture. According to Intel, the fourth generation Intel Core processors deliver a 50 percent increase in battery life in active workloads over the previous generation. This is the largest generation-over-generation gain, equating to over 9 hours of battery life in active workloads for some Ultrabooks based on the new processors, as per the company.

Intel's newest Core processors are the first SoCs(system on chip) for PCs and power a variety of new devices, including Ultrabooks, two-in-one and portable all-in-one designs.

Systems based on the quad-core version of the new Core processors are available now, with additional versions available in the coming months.

Speaking at Computex Taipei 2013, Executive Vice President, Tom Kilroy said Intel has more than 50 different 2-in-1 designs in the pipeline across a range of price points, including premium Ultrabook 2-in-1s powered by the new Intel Core processors, and other designs powered by forthcoming processors based on the company's 22nm Silvermont micro-architecture.

"Today we deliver on the vision set forth 2 years ago to reinvent the laptop with the introduction of our fourth generation Intel Core processors that were designed from the ground up for the Ultrabook and serve as the foundation for a new era of 2-in-1 computing," said Kilroy. "We made one of the most seismic changes to our roadmap ever to build these new Core processors that deliver the stunning performance of the PC and the mobility of a tablet in one device. The new processors power the most exciting 2-in-1 designs to-date."

"With the new Intel Core processors introduced today, our next-generation Atom SoC for tablets and other 22nm products coming soon, the advances in Intel architecture are accelerating the pace of innovation, enabling new experiences and powering some of the best mobile devices coming to market this year," said Kilroy.

He also demonstrated a smartphone reference design platform based on "Merrifield," Intel's next-generation 22nm Atom SoC for smartphones that will deliver increased performance and battery life. The platform includes an integrated sensor hub for personalized services, as well as capabilities for data, device and privacy protection.
Comments